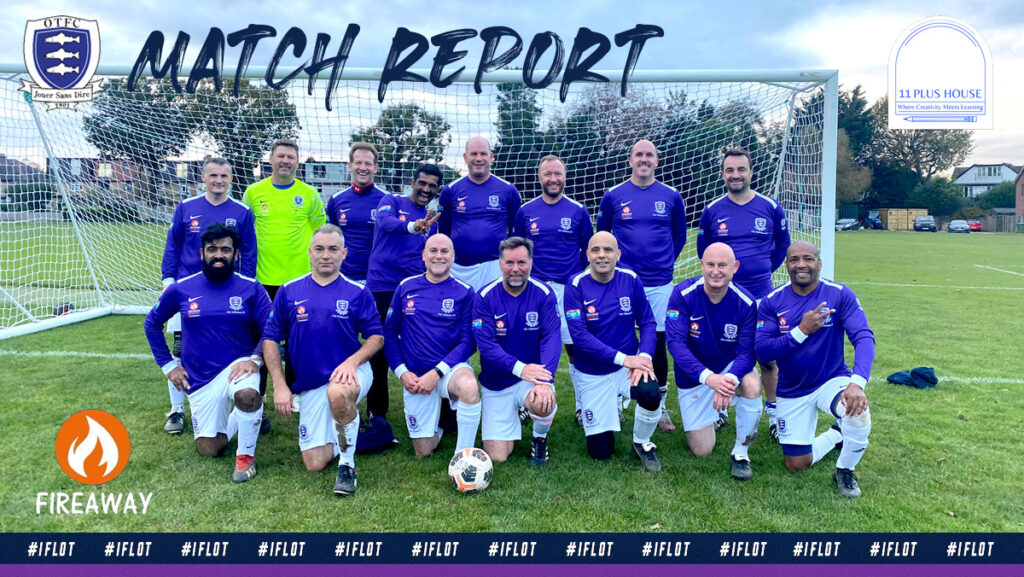 The afternoon started in normal Tiffs fashion, the ref was lost and Diz had to go and pick him and enjoyed stories of how he used to be a processional player and played for his country.

With our new kit and inspiring team team talk (win your battles & want it more than them) we were up for it!

The early exchanges were tight battles and Clinton showing his class in goal with some great saves which became a theme for the game.

The deadlock was broken by a bad Hampton clearance that fell inviting to Paul’s left foot 1-0. Adam Smith came on in defence to make his debut (excellent performance) and mins later at 30 mins Diz limped off being replaced by Bruce to strengthen the midfield   This seemed to shake Hampton and Tiffs took advantage when Shaun broke away on the left and smashed the ball home with a rasping drive from the edge of the box 2-0.

Tiff’s continued the pressure in the second half and again Clinton making his MOTM save from a free kick. This inspired the team and we strung some good passes together which presented Yas with an opportunity to side foot the ball into the net 3-0. In the excitement of leading 3-0 we relaxed and Hampton managed to score a goal which gave them some hope especially there no.15 . Scottie oozing class was caught by the 15 and they had a handbag moment. Focussing again we put the pressure back on Hampton and final deflated them by Bruce scoring directly from a corner.

A great performance all over the pitch, well done everyone!