A gentle breeze quivered across the immaculate surface Grists as table-topping Economicals arrived to take on The Purps.

With 90% of the team on time (even surprisingly Matt Hucks, who’d stated the night before that he was unavailable for the game), the early signs were good. Heck, Alan even had some healthy competition from debutant Joe Cripps for most handsome player in the team – what could possibly go wrong?

The team talk centred around keeping the ball, playing to feet, and namely not giving the oppo a two-goal head start before we started getting in to the game.

Almost straight from kick-off, The Purps began passing the ball crisply between defence and midfield before the ball was nudged back to distributor-in-chief Seb Rose (aka DJ Sir-blastian).

Time seemed to go in slow-motion, as their deceptively fast striker closed down the Tiffs stalwart, tackled him on the edge of the area and poked the ball into an empty net. A freak accident and a 1-0 lead to Economicals.

In spite of lots of hand movements suggesting the team should settle, the league leaders smelled blood – more aggressive gegenpressing led to more misplaced passes, and following a free-kick to the back post, Tiffs were two down within five minutes… Oh lordy.

Now The Good Guys really had to click into gear – some strong tackles in midfield and neat passes led to The Purps finding clever spaces between the lines to release our strong-looking front three.

In particular, with a stronger foothold in the game the ball was worked out from across the back four, with some clever interplay in midfield releasing the Hispanic Hunk on the right hand side. Alan floated a cross over to the back post, where Joe Cripps leapt skyward, angling his body mid-air both stylishly and perfectly for a bicycle kick that looked destined for the top corner…

Despite gaining a positive foothold on the game (and Seb asking the ref to re-start the game due to an opposition player still wearing his watch) Tiffs conceded a sloppy third goal from a corner shortly before half time to jog in at the break 3-0 down.

Half time. A quick geeing up from skipper Will that we were still in the game, and the second half started positively with some further well-worked moves from the Brave Boys in purple.

Birse, who had been brought on shortly before half time to shore up the midfield and had already entered into some handbags with their charming number 7, was starting to get his foot on the ball and influence the game. The midfield were winning the ball and distributing calmly, the back four were looking solid and composed, and the front three were looking sharp and dangerous… Then Economicals scored their fourth.

While the game may have been dead and buried at this point, the reaction for the final quarter of the game should give us some hope moving forward.

Steve’s accuracy when shooting (managing to get 8 deflections before dropping in to the bottom corner), and a 2nd attempted bicycle kick of the game (this time by James Gledhill) led to a penalty which was coolly dispatched by Gorgeous Alan.

4-2 was probably a fair reflection of the scoreline, but who knows what this team is capable of when they put together a full 90 minute performance…? 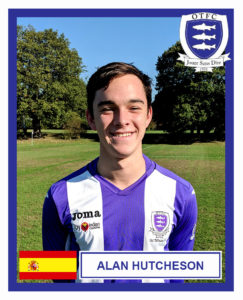