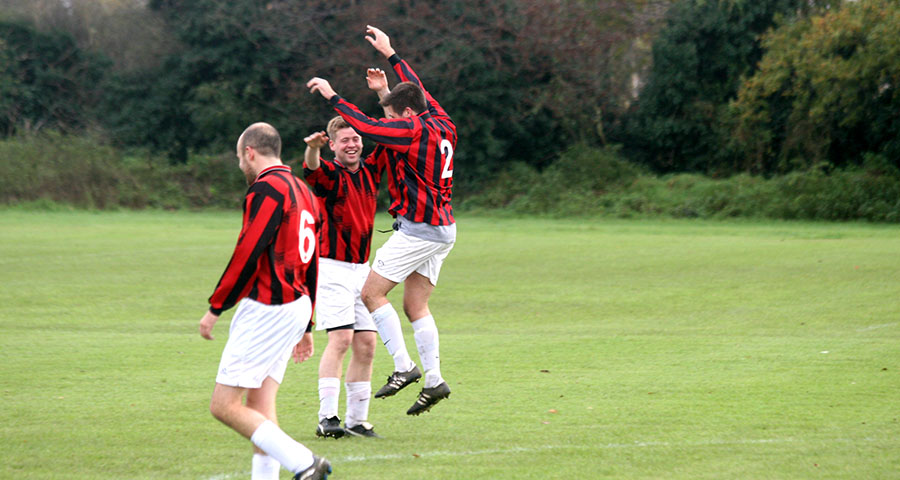 And so it was. Groundhog Day. The mighty Ts congregated at Waterloo in acceptance of abject disappointment rather than expectation. Professor Trelawney had seen it in the tea leaves and the Ts arrived once again at Catford Bridge on death row not awaiting their fate, but the minute in which the fatal blow would come.

As it turned out it was mid-way through a first half in which the Ts offered plenty of grit and endeavor but very little penetration. Two set pieces and some undisciplined defending resulted in a flattering 0-2 deficit at the turn, in a half in which Tiffs had more flirtation with the referee than they did with the opposition goal. This was not the game for Steve to miss.

The half time interval saw the introduction of a portly James Evans, but even this was not enough to stem the tide of a relentless RBS onslaught that saw another swift goal before a bizarre ‘Oggy’ courtesy of ‘The Giraffe’.

Sebastian Rose then spent the majority of the final twenty minutes bemoaning the ‘freeman!’ who was roaming unmarked throughout the OTs penalty area. It was unclear whether this was in fact a disbelieving cry as to the presence of an un-marshalled RBS forward in OTs territory or a rebuke of the 1833 Slavery Abolition Act – but all of those in purple were, rightly so, paying more attention to the referee.

RBS added another late on, resulting in a harsh, but ultimately fair, 7-0 defeat. One to forget, but on the plus side Alan is back this week.