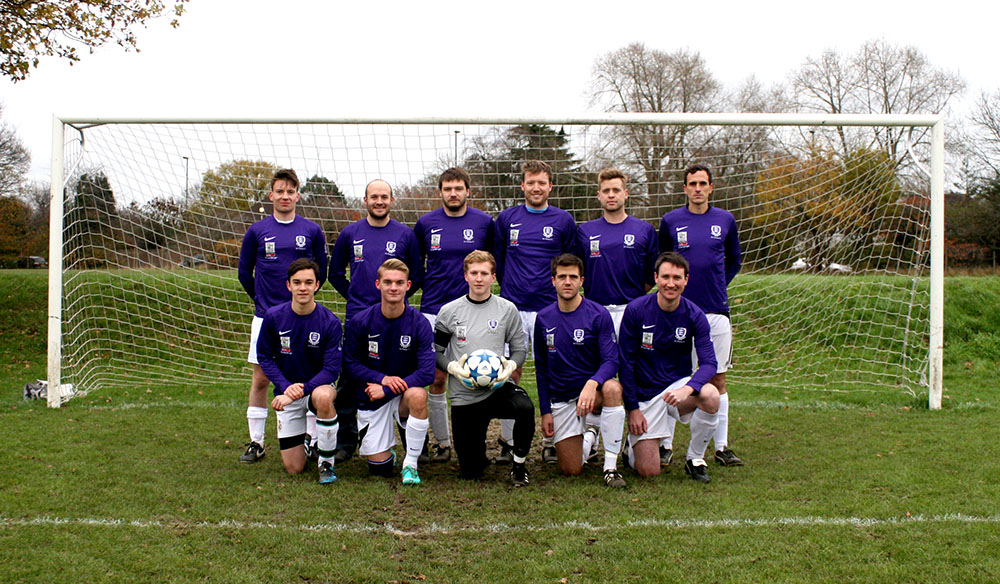 Back at HQ the old purple heads transformed into the black and red stripes of AC Milan. It took pounds off some of the more portly members of the squad and made 1 to 11 look athletic and professional. Surely 90 minutes of beautiful flowing football would follow…

Unfortunately not. Instead, five things happened. Nearly Bald Alan scored again – and more importantly Sam Lewis sealed it with a kiss. If only he could replicate the speed, determination and execution shown in the celebration, in his game. Fuse then kicked it really high to no one and Keiran had an absolute ‘mare in dealing with the only threatening move from the opposition. Instead of kicking it really high, he fell over and allowed their forward through to equalise. Finally, Nutty sparked some handbags with the biggest player in the league. Grrr.

Not a game to dwell on but a point safely secured. Oh yeah, and some idiot got booked as well.

Keep it up fellas, keep the points coming in and celebrate with a big old knees up at the Xmas do.