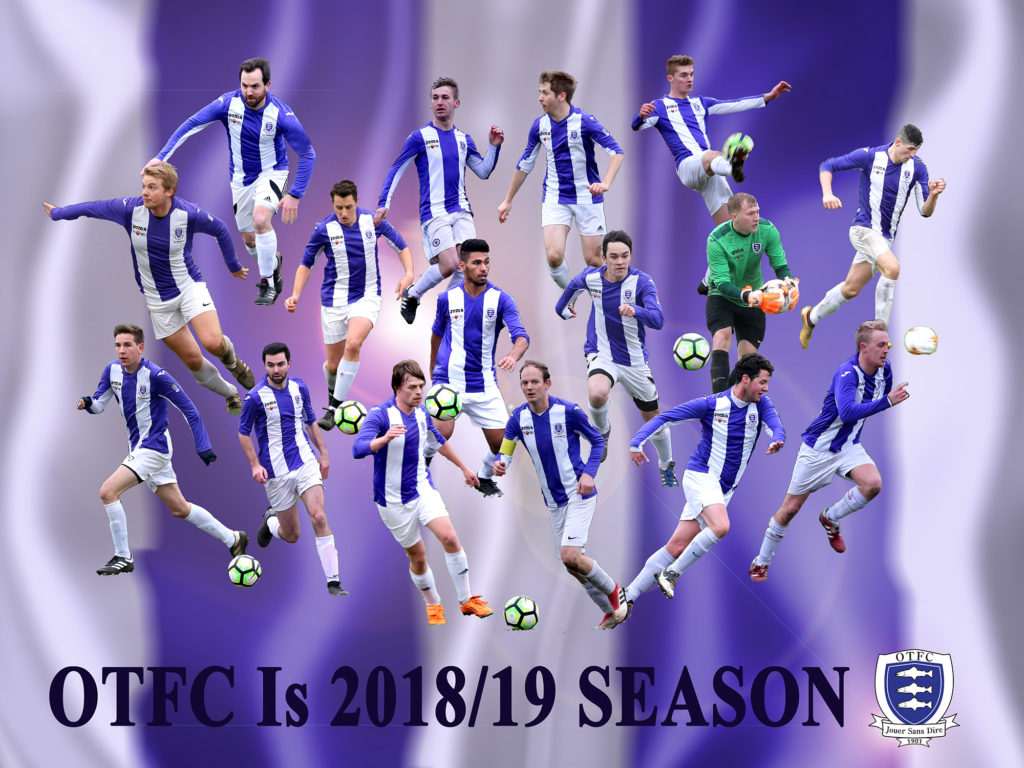 The 1s have yet another captain… a third in three years… and by the end of the season it with be a fourth in four.

There was method to this madness though. The idea was to try and gel a smaller more engaged squad that could foster consistency. The previous seasons 1s and 2s squads were stripped apart and brought back together in a different set up.

Well going by the first 3 or 4 games… absolutely… huge wins – at one point the enigmatic Tom Scott had 4 hattricks in 4 games.

At the halfway point in the season, OTFC were still in pole position for promotion and a decent run of games would have them vying for top spot in the league. High scoring wins of 8-0, 6-0, 7-1, 4-0, 3-0, 3-1 became a feature, the squad always over subscribed with players being asked to move to other teams around the club. OTFC were looking at unfamiliar territory and were riding on the crest of a wave.

With a change in formation to the norm playing a back 3 with attack minded wing backs, key 1s players were returning to form all scoring and creating. A return to the fold from Seb was a breath of fresh air securing our back line with clear instruction and giving confidence. Ex 2s players moving up were proving their worth setting the tone for the consistency previous 2s squads had benefitted from.

Post Christmas, form dipped this coincided with a few injuries and a number of players unable to make games, where we had availability of 15-16 players, we were now announcing squads of 12. Everyone arrives to a game of football wanting to play 90 mins. This is natural, however, the clear benefit of a number of players giving a spirited 65 mins in key positions showed its worth, or rather the opposite in the second half of the season.

The stats for the season read:

The season has been a success, we didn’t gain promotion, but the team is in an amazing place. As Will takes the helm forward into the next chapter the basis of the squad is there. This was not the transitional season it might have been, I was personally worried that taking the responsibility of the 1s may be a step too far and that amalgamating two squads into two very different ones would faulter. It hasn’t and the team is a strong unit built and ready for its next chapter.

As with any great season – below are this year’s registered player ratings: