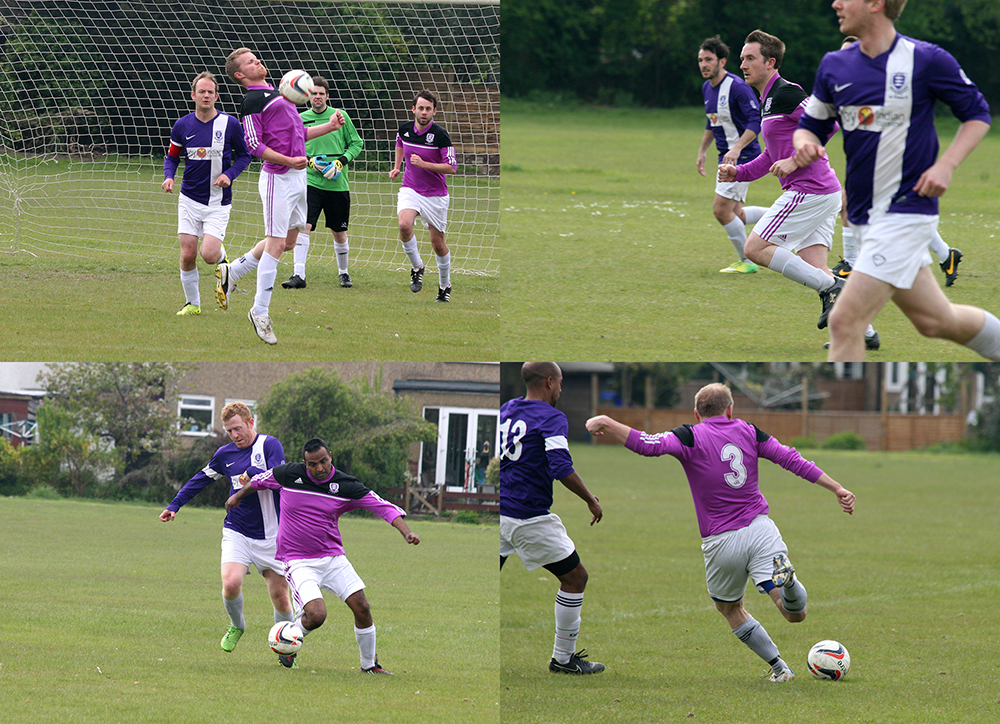 The IIIs went into this game wanting to erase the memory of a lacklustre second half against the Is, while simultaneously trying to build upon the positives of the first half, during which they were organised and difficult to break down. The game started much like the battle between the club’s bottom and top sides with the IIs having much of the early possession. The trickery of Colin Avery and the athleticism of Jay Richardson and Gary Brant down the flanks provided plenty of territory, but the organisation of the back four meant the IIs lacked any sort of penetration and chances proved hard for the IIs to come by. Up front, Lewis Baister and Laurence Hinton worked hard to try and win back possession for the IIIs when the ball was cleared, but the IIs spent a great deal of the early exchanges camped in our end. Eventually, the pressure told and Dave Bettis was able to curl a low free-kick around the wall and past Andy Johnston in goal. However, the IIIs weren’t browbeaten by falling behind and finally started to put a few passing moves together. However, the killer final ball proved elusive to them, though the IIIs did come close when Tom Beaufort-Lloyd’s curling free-kick bounced off the post, but Ciaran Morris wasn’t able to get his head on the rebound.

The second half started as the first had and the IIs again made their possession count with a second goal early in the half. Rather than capitulating as we had against the Is, the IIIs grew steadily stronger and dissent started to creep in amongst the opposition as our pressing caused a few into panicked passes out of play or straight to us. A goal was the least we deserved and it came about thirty minutes into the second half. After a neat ball inside the area from Hinton, I was able to create a little space for myself. Upon looking up to offload the ball, I saw Max Robson running away from me. Cue me whinging about a lack of options, creating a little space and putting the ball straight to Robson – oh, the irony – who calmly slotted a side-footer straight into the top corner. You don’t save those basically. It was a finish so nonchalant and precise that it would have made Aguero blush.

The game ended with the IIIs looking the most likely to score – Morris came close with a curling effort from a short corner – but the game ended with a 2-1 loss, perhaps a fair result given the overall flow of the game. However, the IIIs can be proud that they kept going and gave a good account of themselves against superior opposition. Congratulations to Charlie Mortimer for winning the MOTM award.