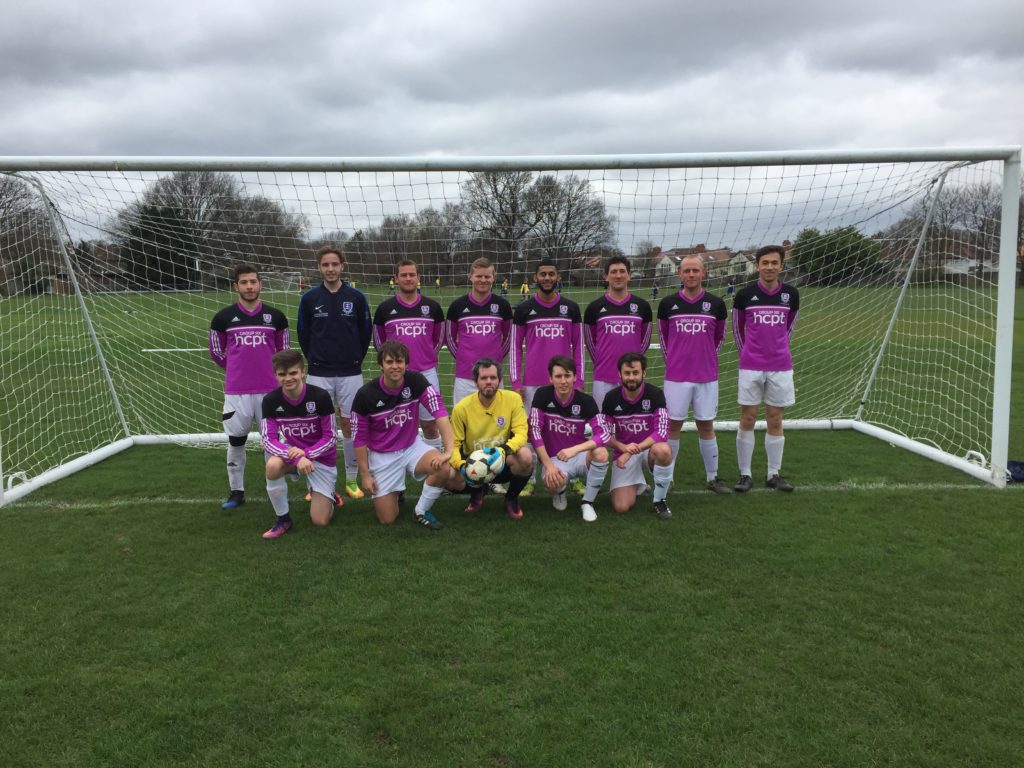 With pre-season firmly over and the hopes, dreams and expectations of a glorious tilt at the AFC 7 South Division title in the offing, we arrived at the home of AFC Wimbledon (ladies… training) full of anticipation at what may come this season.
Some new faces, some old and a whole lotta multi-coloured boots lined up against the unknown quantity of our opposition and new league entrants.

T’s lined up in the familiar 4-4-2 system, looking to control the game from the off – and that we did.

The opening exchanges favoured the away side with an impressive amount teamwork outshining the individual skills of Old Tenisonians and after some solid opening play involving the midfield duo of Yates and Stones, along with some excellent support down the left-hand side from Lewis and right-hand side from Breck. OTFC were building pressure and were eventually rewarded with a much deserved goal, courtesy of an excellent long-range effort from Stones.

Not to rest on our laurels, T’s continued to apply pressure throughout the first half and were unlucky not to be further ahead, having spurned a number of half-chances and one ‘more-than-half-chance’ which with the introduction of goal-line technology, may well have seen a first goal of the campaign for Baister.
Half-time arrived with T’s looking very good value with a 1-0 lead, having contained the threats from the opposition throughout the opening 45 minutes.

The second half followed much of the same pattern, however now with the looming threat of a lucky equaliser from the opposition. Thankfully, that didn’t materialise and Stones added an excellent second, again from distance, to ease any fears of the away side squad.

With T’s getting comfortable, Tenisonians showed some good individual skills throughout the match and a chance breakaway led to a neat finish and a subsequent deficit-halving.
Fears of letting the lead slip were allayed when Ben Williams twisted, turned and repeated (x3) his opposing left-back in the box, leading to the correct award of a penalty and the chance for Stones to complete his hat-trick… or so we thought…

Step forward Ben Williams to deny the eventual MOTM a shot at getting on the board at Grists (if there isn’t one, there should be!) – thankfully the penalty was cooly slotted away to extend our lead and settle any nerves, as the game neared a conclusion.

All-in-all, a very solid performance with a scoreline that probably flattered the opposition slightly and some excellent individual performances throughout the side, particularly by Zak Lewis and Jack Rogers on debut and the welcome return of Nico Telfer after a lengthy absence.
Onwards.