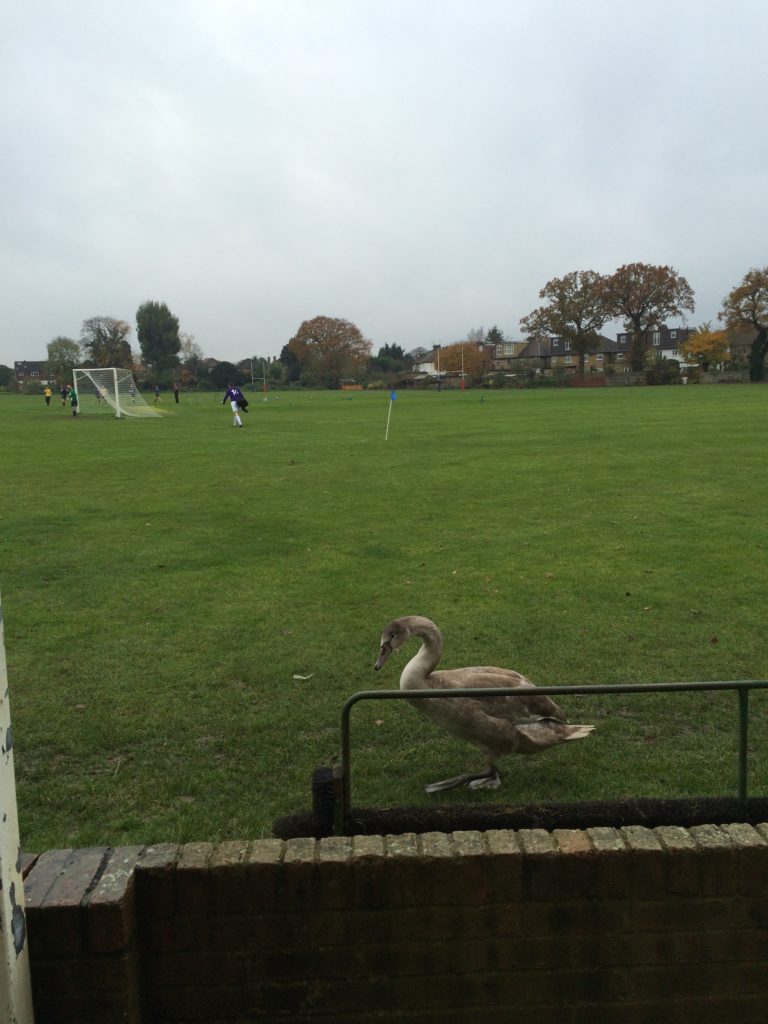 Old Tiffs rolled over against an average Old Pauline side on a Grist’s quagmire. The game will be remembered for a hideous facial injury to the previously beautiful Si Keane.

The Purps began as they so often do: timidly, quietly and poorly. They were 1 – 0 down within 5 minutes and struggling to create any chances of note. A sublime 40 yard drive from Joe Matthews gave them a foothold in the game, and they were 2-1 up moments later when Bruno chased a lost cause and punished a goalkeeping abortion. Conceding an equaliser just before the interval proved to be a gut punch from which the Tiffs would struggle to recover.

The second 45 was scrappy, OPs regained the lead before Si Keane and Bruno came together in a sickening collision. The fact that Keane was awarded man of the match in testament to his bravery will be a small crumb of comfort for the bloodied right back.

A late farcical fourth compounded a miserable afternoon for the beleaguered 1st XI, who did not bring the same aggression from New Eltham… And only showed flashes of assertion and attacking intent. A poor performance from a side lacking confidence, and some ability.