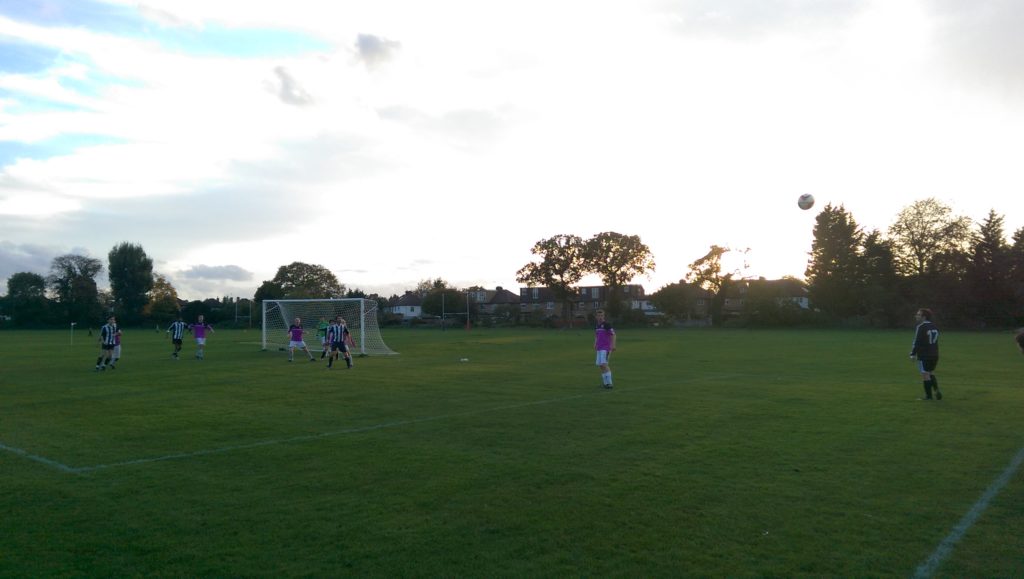 OTFC IIIs took to the field.

For those that want to know a little more, it was our first victory in the league this season and a satisfying win for the team.

There were debuts for Jamie Cobb, Laurence Hinton and Ed Whitehouse, and the team played well all over the park with strong performances from everyone. We took a two-nil lead firstly with a goal from Lewis Baister with an assist from Cobb and then our second goal was scored well by Cobb following a well played one-two with Arnau Gimenez. Old Paulines then scored an excellent goal before half time to leave us up two goals to one.

Such was the confidence at half time that there was a consensus to have a shot from the kick off which was neatly caught by the keeper and was a good reality check for us all.

Old Paulines scored a second and the game was there to be won. We retook the lead when Cobb scored again following a Dan Hogg pass into the area. The drama wasn’t finished though. After a well fought game, we conceded a soft penalty in the 90th minute which Old Paulines scored to take the score to 3-3. Whilst it looked as if we were about to be denied our first victory of the league, we were awarded a free kick in a dangerous position. Bruce Hougton placed a perfect ball into the box and Ciarán Morris found himself unmarked and on the end of the delectable cross. What happened next is open to some debate. Some have suggested that Morris was left dizzy from the nose bleed he had from being in such a position on the field and that this is why the ball hit him on the back and ended up in the net. Everyone else, i.e. Morris, thought that he headed the ball neatly into the net. Either way, a well deserved goal and victory for the team.

Congratulations to Israel Nagore for winning the MOTM award for the game.