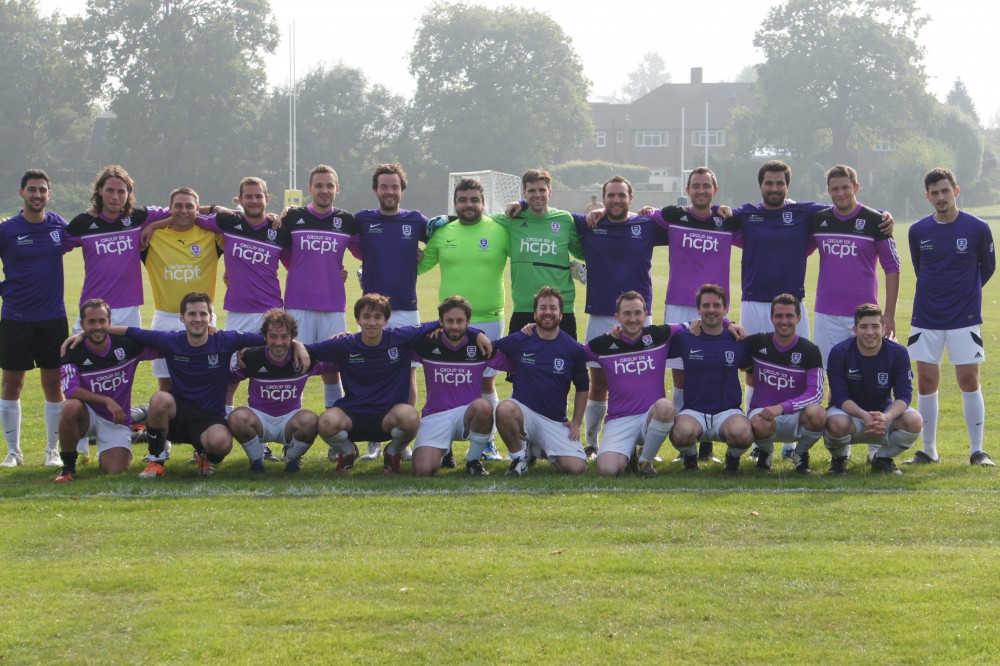 Since the addition of the IVs to the suite of sides put out by OTFC there has been a building enmity with the IIIs, the club fears being torn apart so soon after expanding and on the morning of the game Dan Hogg was heard to threaten to move to Canada unless he was allowed to play for the IVs and show the IIIs how to play.

Special mention must go to Clement Lebel, who was informed he was the one sub for both teams and stood on the touchline with both the number 3 shirts waiting to be called onto the pitch by one of the sides.

The game started well, both sides having passages of play, Nagore, Reynaud and Williams put together some intricate passing which ended with a shot from distance, Murrell showed his speed and control, Khorma looked to press forward and Morad was tidy in possession. Both sides had chances, Meradji made several good stops, the IIIs shot well wide and Johnston had to be quick off his line to smother a chance.

The IIIs cracked first, getting Lebel to don the magenta and immediately dash down the right wing and put in some crosses. The OTFC III strikers were heard to complain that some were ‘too good for them to do anything with’. Pressure eventually told and Nagore put the IIIs ahead with a neat finish from near the penalty spot.

The lead wouldn’t last long and Murrell showed great pace to get behind the defence and level the game.   Orchard went off injured and the IIIs had to rejig their line up (and somewhat gleefully inform the IVs that there was no longer a substitute available for them to use).

After half time Hughes demonstrated his innate tactical genius by asking the IIIs if they were playing 3-5-2, hopefully opponents in the league will be keener to discuss formations with him. The first chance of the half fell to the IVs, but Johnston arrived to close down the striker and unfortunately took a knock in the process. This meant Orchard took a turn in goal and managed to keep a clean sheet in the five minutes before Johnston could return.

Williams put the IIIs ahead after smashing in a finish from within the box, which was soon followed by Langford’s first goal in his new boots. The two-goal advantage wouldn’t last long though and Murrell scored his second with a header in the area from a free kick.

Langford scored a fourth OTFC IIIs goal and promptly pulled his calf when strutting in celebration. Baister scored a fifth for the IIIs, Gimenez and Knuchel-Takano caused problems for the IIIs when running the ball from midfield, but Murrell scored his third and his team’s third after a long ball from Hogg allowed him a free run on goal.

The game ended in exciting fashion, a goalmouth scramble with several IVs having shooting chances, before the ball fell to captain Hughes, eight yards from goal, dying moments of the game and with laser-guided precision he smashed the ball against the crossbar and out for a goal kick and off the pitch, which ended the game.