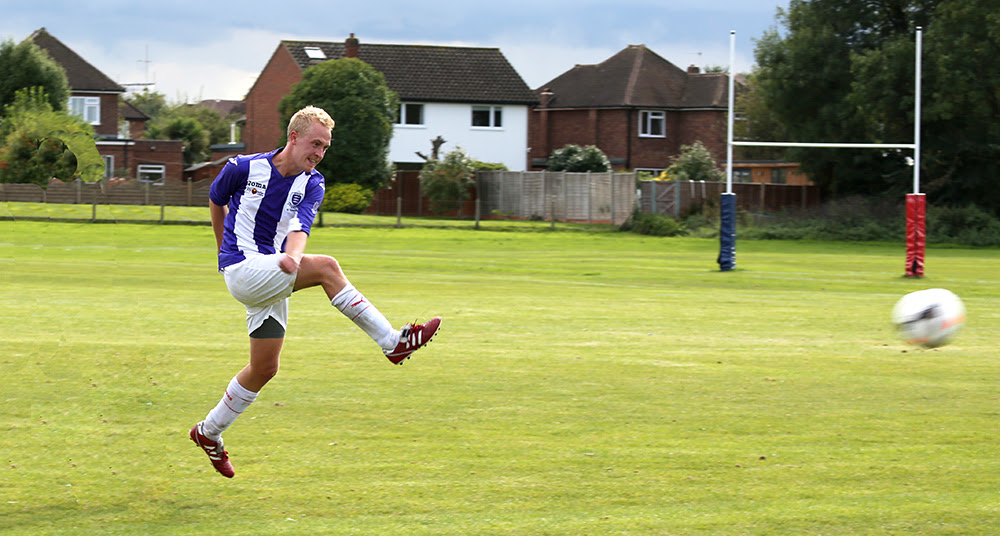 It was a glorious autumnal afternoon by Craven Cottage, leaves crunching underfoot.  A beautiful setting for a game of football.  Only the prospect of no substitutes and an army of geese dropping excrement over the pitch with unerring accuracy stood in the way of a perfect day for Tiffs IIs.  Those, and a Witan side who had triumphed 4-1 in the last meeting between the sides.

Always ahead of his time, captain Dicky Bostelmann set the IIs up in a Christmas Tree formation, with Tom Scott and Steve Goodings gifted free roles behind a lone striker following their last minute transfers from the Is. That masterstroke paid immediate dividends as Tommo’s hustle up front forced hurried clearance by the Witan keeper and Tom Scott pinged a wonderful strike into the top corner for the IIs first goal of the season.  Minutes later, a Luke Peake volley was deflected just wide and Steve had a right footed strike chalked off by a phantom offside call.

It was end-to-end stuff, helped by the choice of a small pitch in a welcome nod to everyone’s total lack of fitness. Alex was forced into several fine saves, palming a header over the bar and then pushing away a near post shot.  However, he had no chance when Witan’s pressure eventually told and they levelled before the half time whistle, winning the ball when it should have been cleared and toe-poking home in the area.

After a half time break of motivational speeches and dodging dive-bombing geese, the second half started at the same frenetic pace as the first.  The midfield battle increasingly resembled the rugby matches either side of the pitch with Al, Will and Luke flinging themselves into the thick of the action. The Witan centre back was clearly inspired by the frenzy and reacted to Steve’s nutmeg by dragging the Tiffs winger to the ground in the area. Will, still bleary from his Friday night out, tucked away the resulting penalty like a true 1980s pro. It soon got even better as Luke broke up play in midfield and Steve’s inch perfect left wing cross was crisply volleyed home by Tommo for a 3-1 lead.

And yet, football is a horrid sport.  With ten minutes to the final whistle, a Witan cross-shot flew in off the bar for 2-3.  With five minutes to go, a Tom Barquin tackle which looked to have cleanly taken the ball was rewarded with a penalty to Witan. Alex got a hand to the strike, but could only direct it into the roof of the net.  The Purples rallied again and had one final chance to win it as Al Hollamby connected with Ben’s free kick, but his header was well saved low at the far post.

It finished 3-3 in a draw snatched from the jaws of victory.  Al Hollamby was awarded man of the match for a performance of relentless energy, drive and a goose homage with one of the most graceful dives you will ever see.