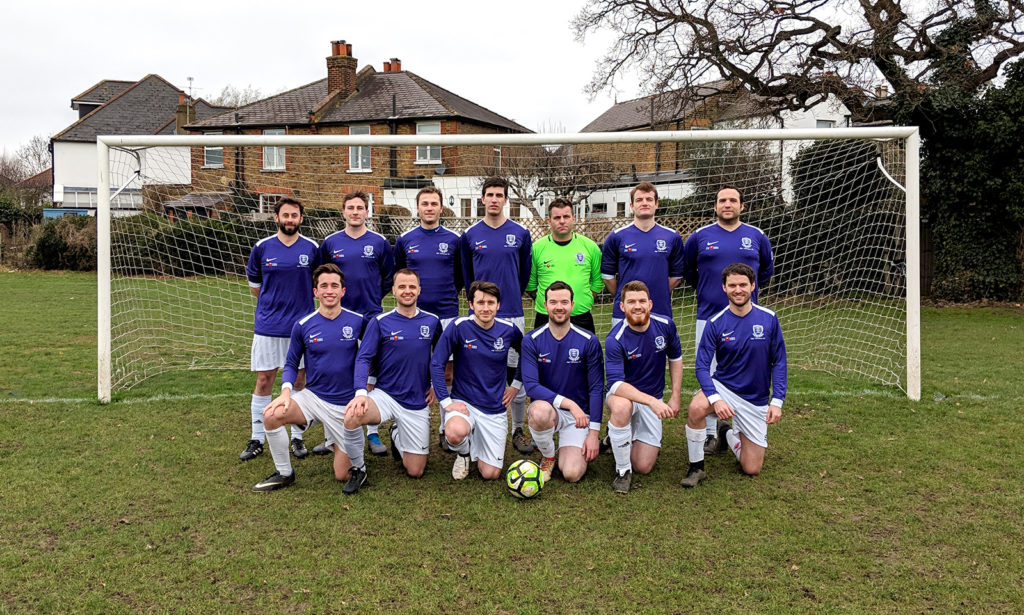 The OTFC 3rd XI stepped out on to the Grists playing fields on Saturday bouncing, after a thrilling 6-5 win against the weekend’s opposition the previous week, in Boston Manor. It was particularly pleasing to see a full squad in attendance, with decent cover for every position. Most people were on time. Some people had a suitable warm up. We felt reasonably ready.

The 3s started well, with the ball spending the majority of the time down the opposition’s left flank. It was an area that had been exploited so well in the second half in the previous week’s fixture, so it was a fairly obvious part of our game plan. Early days, a throw in. “Hogg’s ball!” was the shout from the half way line. Captain Hogg felt an opportunity to launch one towards the Brent goal. He stepped up, he fired it like a bullet. Flat, long and directly on to Tom Flynn’s foot. Goal. 1-0 Tiffs, could we do the double?

Shortly afterwards, a bit of a reshuffle, with some unexpectedly early substitutions left the 3s with a strong CB pairing of Whitehead-Clarke and Harrison, and a midfield trio of Marshall, Khajenouri and Reynaud. Brent were seeing a little more of the ball, and their two pacey wingers were causing some nervy moments. One particular nervy moment, was a ball whipped in from the left (if this were MOTD, it would have certainly been described as ‘delicious’), just too high for Dan Rose, who barely got his finger tips to it. Sadly, enough pace was taken off the ball that the Brent striker managed to nod in, unchallenged, to make it 1-1.

Tiffs were certainly on the back foot, finding it increasingly difficult to take control of the game or to employ any tactics of note. Brent were continuously knocking long balls towards the back 4, and however much someone did or didn’t ‘want it’, the 3s cleared their lines. Eventually, however, Brent knocked a peach of a ball over the 3s’ defensive line. Dan Rose wanted the ball knocked back to him to make the clearance, Eggar hesitated. The ball was played back with a little too much venom, and the clearance spooned up in the air. Brent retained possession and were able to squeeze the ball in to the Tiffin net. 1-2. Half time.

The second half was not a particularly pretty affair.

The 3s squandered a handful of clear cut chances during the second 45 minutes to level the score, and Brent’s very own furious Fury-esque ‘Gypsy King’, who was adamant that we could “f$@k your [our] spirit of football”, had an absolute blinder at centre-back. Why couldn’t they have been as crap as they were the previous week? Annoying.

Another loss. Devastating. There was clearly a vast defensive improvement, but our first touch just wasn’t there, and we were hesitant in the tackle. An improvement will be needed for Mickleham next week. Big game, and a great chance for the 3s to move up the table.

MOTM went to Ben Harrison for his strong and energetic performance at centre-back.