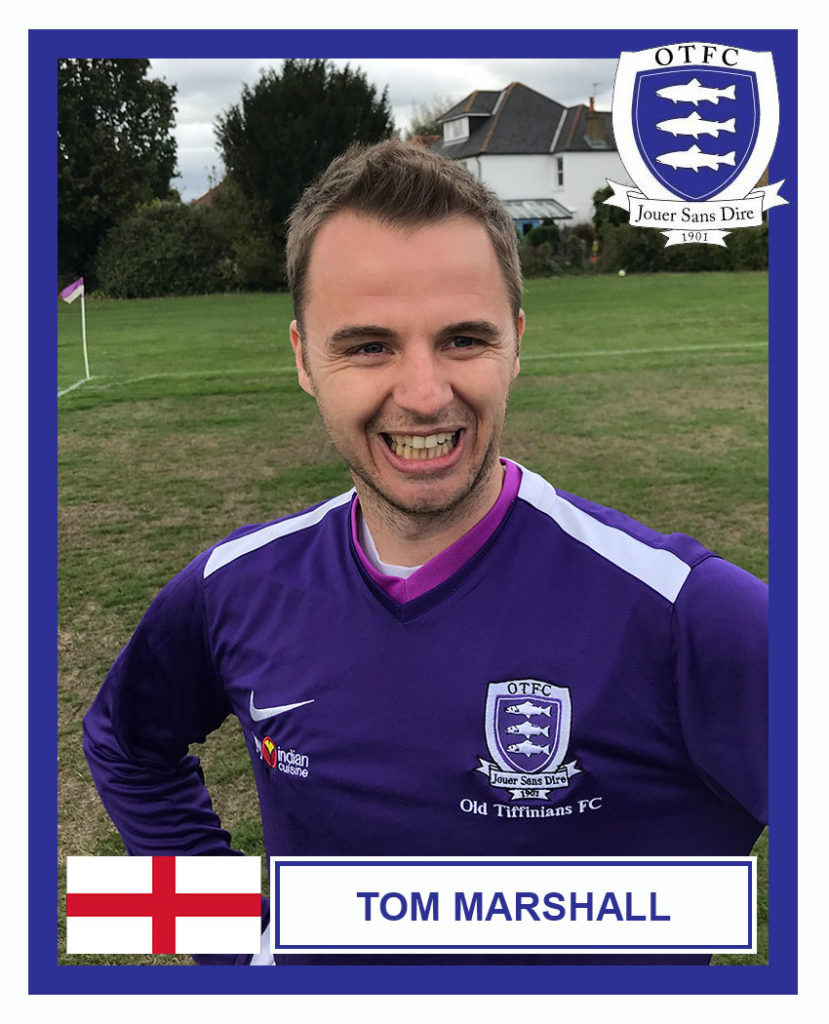 Following a collapse from 3-1 up to lose 4-3 on the goose guano covered fields of Chiswick the week before, OTFC 3s were hoping things would change. Some things stayed the same. It was another away day. The fields of Boston Manor turned out to be similarly covered in goose guano. The sky was the same steel grey. The air was the same bitter cold. But that is where the similarities ended.

This time it was OTFC 3s who started well. An early break saw Khaj go clear and finish neatly past the Brent keeper. Hopes rose but then came the collapse. A freak shot from outside the box found the perfect angle to sail just over the outstretched fingertips of keeper Griffiths, hit the bar and bounce back on the exact trajectory to hit the unfortunate goalie on the back of the head and go in. As the first half went on the new look OTFC back four struggled to get to grips with the movement of the Brent front 3 (or was it 4?) and they helped themselves to a couple more; a free header on the back post and a scrappy one which followed a bout of penalty box pinball.

Things got worse for OTFC 3s when veteran defender Cunningham planted a leg on the edge of the box in the perfect position for the Brent left winger to fling himself over it with all the grace of a leaping salmon. The ref pointed to the spot and the pen was dispatched….and how! Credit where it’s due, you will struggle to see a better pen all decade. Top corner, top bins, call it what you will, Griffiths could do nothing but watch it sail in and nod in appreciation.

If ever a team needed to show some grit, dig deep and impose itself on a game, it was now. Towards the end of the first half the OTFC midfield started to grow in stature. As his hangover wore off, Khaj started to cover the ground with his usual energy. Marshall, Breck and Whitlock were winning ball and OTFC 3s started to string some passes together. Even the defence started to work better as a unit. The reward came with a goal for Michel before half time and the teams went off for tea and oranges at 4-2.

A stirring half time team talk from captain Hogg saw OTFC 3s take the field for the second half with belief and determination. That belief could have died a few minutes later when Brent won a corner and their midfield giant found himself unmarked on the edge of the six yard box. His free header found its way between Cunningham on the post and the diving Griffiths. But this team showed more mettle than that. The tireless Flynn, Dwyer and Kirk were finding more and more joy down the wings and the OTFC pressure started to pay off.

First a corner from the left was headed away to to the edge of the box where Tom ‘Scholesy’ Marshall volleyed home for 5-3. He had been practicing those in the warm up! A few minutes later Khaj poked home his second when the Brent keeper could only parry a Whitlock free kick. 5-4.

Then the Brent keeper dropped a fairly tame effort under pressure from Whitlock who helped himself to his first of the game. 5-5. Brent were really under the cosh now. They repelled wave after wave of OTFC attack but the breakthrough came eventually. Dwyer went through on goal, only to be tripped as he entered the Brent box. While most of the OTFC players were baying for a penalty Whitlock kept his composure and slotted home for 6-5.

There was no way OTFC were going to let it slip from there. Some dodgy decision making was explained in the post match debrief when half the team confessed to thinking the teams were level but Brent were never going to find their way back into this game.

After such an epic it is only right that both sides fight it out again this week and that is what they will do. At Grist’s. With less guano this time.