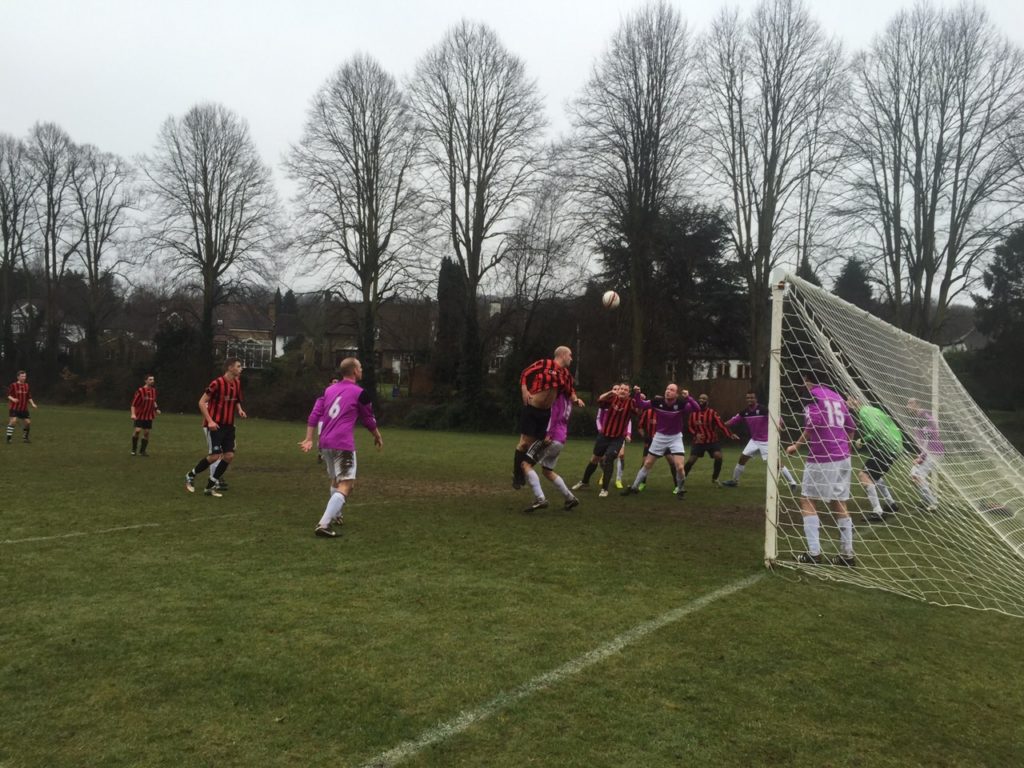 As a result of an unplayable pitch at Grists the game was relocated to Whitgift’s home ground – where we had beaten them 3-1 earlier in the season, meaning hopes were high.

Tiffin started the game strongly dominating the play in midfield and forcing our opposition in to playing long through balls that our defence was more than capable of mopping up comfortably.

However, unexpectedly it was one of these long balls that led to Whitgift breaking through and sneaking an early goal against the run of play. (0-1)

In typical Tiffin fashion this got our backs up and pushed us onwards. One of these attacks saw two Whitgiftian defenders both decide that the other was going for the ball allowing Guillermo ‘GG’ Guimera to pick up the ball and speed in to their area where he slotted the ball home with great confidence past their keeper. (1-1)

Our confidence was high and we continued to worry their back four with several long range shots – none of which were particularly close but certainly motivated us on. Another goal was coming …

Another long ball forward from Whitgift was well dealt with by the defence leading to us conceding a corner. As a result of the in-swinging kick a Whitgiftian head nodded the ball goalwards, but the looping shot was tipped assuredly over the bar to safety by Andy Johnston.

Confidence still high we continued to worry their defence and a superb volley from Dan Jackson at the edge of the area saw the ball sail unstoppably in to the back of their net. (2-1)

Questionable refereeing saw many blatant offsides not given as the opposition continued to find a way through but some great defending saw every opportunity closed down quickly.

A riled Whitgiftian side started to get frustrated. A clear-cut penalty decision was missed by the ref as Guimera was cynically brought down in their six-yard box leaving him needing to be replaced.

As the 1st half came to an end we were comfortably in control and felt ready for whatever they could throw at us in the 2nd half. However, almost straight from the kick off, Whitgift found us napping and saw them strike a long range shot that bounced off the crossbar to safety. This woke us up and put us back in to attacking mode.

The opposition’s tempers, becoming more frayed, saw mistakes being made and gaps opening up. One of these openings saw Charlie Hughes get one on one with their keeper, with the whole OTFC team fearing we were about to see another attempted ‘chip’ from Hughes on this ground, he pulled out a graceful bodyswerve and rounded the Whitgift keeper but was forced wide and meant that the shot he got off rolled agonisingly across the face of the goal and out for a goalkick. Another flowing OTFC move saw Baptiste Reynaud receive the ball in the area, but his improvised volley was too close to the keeper and the score remained 2-1.

Another attack from Whitgift resulted in Johnston making a save that the onrushing Whitgift attacker followed up by putting the rebound high and wide.

With gaps continuing to open up, a highlight was seeing Jack Field picking the ball up just outside our area and looking destined to take it all the way to the other end of the pitch only to pass it just outside their area where they seemed to wake up and tackle the ball away from us.

Throughout the game we were resilient and applied lots of pressure to the opposition but were not able to extend our halftime lead.

The final whistle saw us secure another victory for the IIIs putting us back to winning ways.

Players of note were George Mitchell, who made a strong debut at centre back, and Baptiste Reynaud who won Man of the Match.