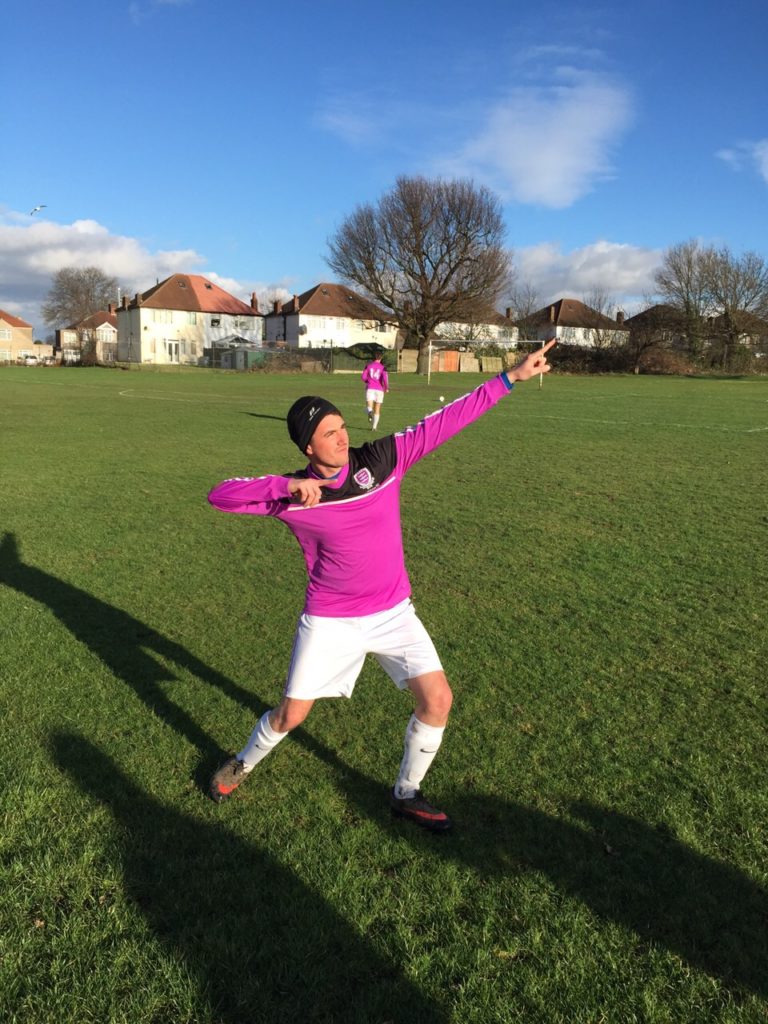 It was a cold, wintry afternoon in south-east London. OTFC IIIs got back to winning ways with a resounding 0-4 victory over the City of London IIIs team on a playing field that was anything but level.

Tiffs began the game shooting downhill, making a fast start and keeping CoL back in their own half. Soon the pressure paid off, Ed Whitehouse played a great freekick into the box, with Baptiste Reynaud completely unmarked but heading directly at the keeper’s feet, the rebound fell gracefully for Aaron Langford to stretch and net his 9th of the season. Ts continued the pressure throughout the first half, pushing to make the most of the gravitational advantage but couldn’t make it count for any more before half time.

By the second half, the already muddy centre circle was almost unplayable, forcing the play out wide. 10 minutes into the second half the opposition’s midfield and full backs went MIA, at times moving to a wide attacking formation of 3-2-5. Nico Telfer’s pace on the left wing opened the game up and gave their back three a hard time. After a couple of good runs, his cross from deep was met by the head of a defender who expertly lobbed his own keeper to give the purples a two-goal lead.

A rare moment of pressure from the City of London resulted in an attempt to lob Andy Johnston in goal from outside the box, however the ball just fell on the other side of the bar and out for a goal kick. Nonetheless, some of the CoL players were adamant that it had gone in and through a hole in the net. To our amusement, the ref searched for the elusive hole, to correctly conclude that it was obviously not a goal and award the goal kick.

As fatigue took hold of the City of London players, our own match fitness also began to take a battering after an hour or so of running uphill on soggy ground. Tiffin’s impenetrable defence cleared the ball as far as a CoL forward who made a run into the box and after a momentary lapse of concentration decide to stop being upright. This strange behaviour confused the referee, who must have thought he was either shot or fouled. Opting for the latter, he pointed to the spot. However, justice prevailed – as predicted by our own Jon ‘Mystic Meg’ Angell – the penalty taker blasted over the crossbar.

As CoL pushed forward to get a goal back, their centre backs were exposed which allowed Langford and Baister to control some good clearances. It wasn’t long until the opportunity came from Chris Harris who played a good ball along the wing for Lewis Baister to run onto, nutmeg the defender and hit a sweetly struck ball (*) inside the near post to make it 0-3.

Shortly after, Baister could have added his second after some great strength from Langford held off their defender, but instead of squaring it to Baister to tap into an open goal Langford decided to take on the keeper, and lost. At 3-0 up, who could have blamed him? (**)

As the game reached the final minutes, Baister won the ball in the centre of the swamp, waded out and played in Guillermo Guimera, who outpaced the defence and expertly chipped the keeper from just inside the box, finding the far top corner and finishing the game at 0-4. And the Purps go marching on …

Congratulations to Johnston on his first clean sheet for OTFC IIIs and to Harris who won the MOTM award.

* A scuffed shot, that was so awful it surprised both Baister and the keeper. 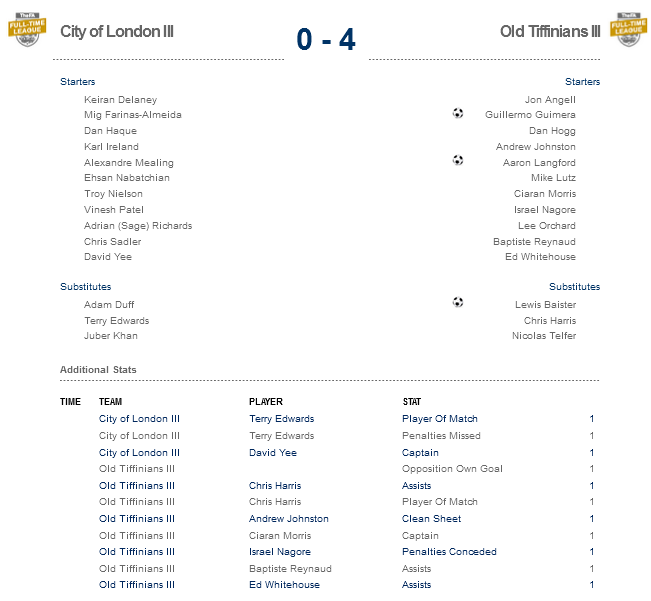