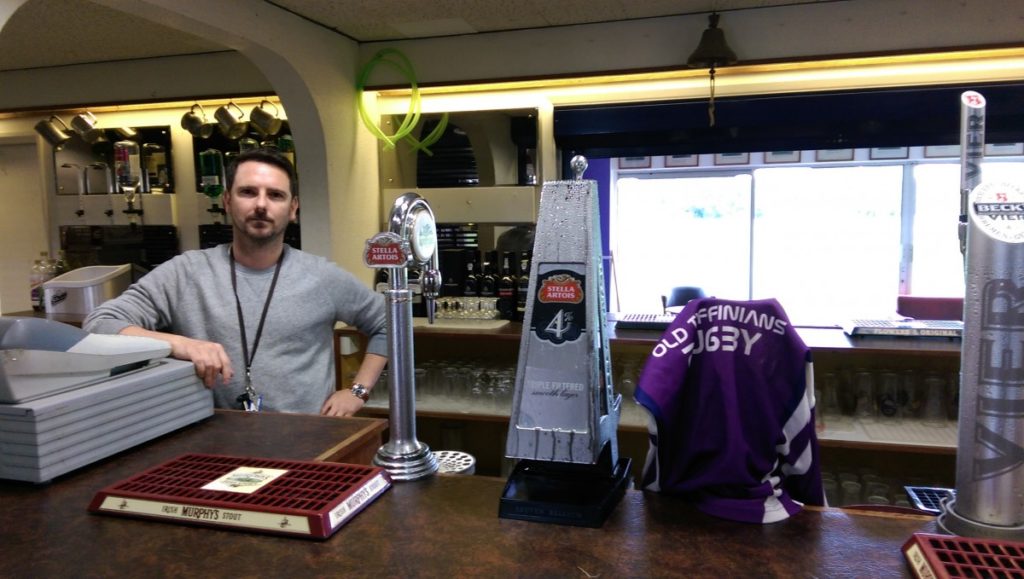 Our final pre-season game saw an early morning hiccough as goalkeeper Andy Johnston was unable to make the game, but luckily Owen Griffiths and Aaron Langford volunteered to play a half in goal each.  The IIIs had three players making debuts, Fardeen Nariman, Chris Harris and Cristian Trivino as well as Lewis Baister back from long-term injury and Griffiths returning from a year-long sabbatical in Clapham.

We began the game looking very sharp and playing neat football, though it definitely felt strange to be playing against a team wearing purple and for us to be wearing an AC Milan style kit (this revealed that Andy Dickenson longs to be likened to George Weah).  A flowing move from the centre spot saw Israel Nagore try his luck from 25 yards, just missing the target.

Further pressure from OTFC looked certain to yield a goal, but bizarrely the opposition scored with their first attack, a cross was missed by all the OTFC players and ricocheted to a Wandsworth player on the six-yard box and he left Griffiths with no chance.

The rest of the first half belonged to the Rossoneri though, with the equaliser arriving after Ciaran Morris passed to Langford and then the defender in trying to clear the ball ended up tapping it into his own net.  1-1.  A series of strong defensive headers from Thishi Surendranathan slowed down Wandsworth  and a sweeping counter attack saw Langford score a fine volley to put us into the lead, before a Langford knockdown left Morris with an easy finish to put OTFC 3-1 up. Trivino arrived on the pitch and a passing move involving Nico Telfer and Nagore left him free in front of goal to score with his first touch for OTFC.

Half time saw OTFC 4-1 up and cruising.  Despite us all being aware that we needed to keep up the pressure our level slipped as the second half started and we conceded a dubious second from an offside looking striker.  A measured pass from Lee Orchard set up Baister  to restore our three-goal advantage, but then our fitness and finishing started to fail and despite good approach play and work from Telfer, Nagore, Trivino, Matt Power and Nariman we couldn’t score again.

Then a few rushed passes and playing ourselves into trouble allowed Wandsworth to score twice in the final 10 minutes to leave the final score at 5-4, which wasn’t really reflective of the game, but allowed us to get a handle on where we are as a team.  The final few minutes were lit up by Dickenson twice dancing through the Wandsworth defence a la Weah against Verona ( http://www.youtube.com/watch?v=rwOLi3J4Y78 ) but unfortunately failing to find the finish he wanted.