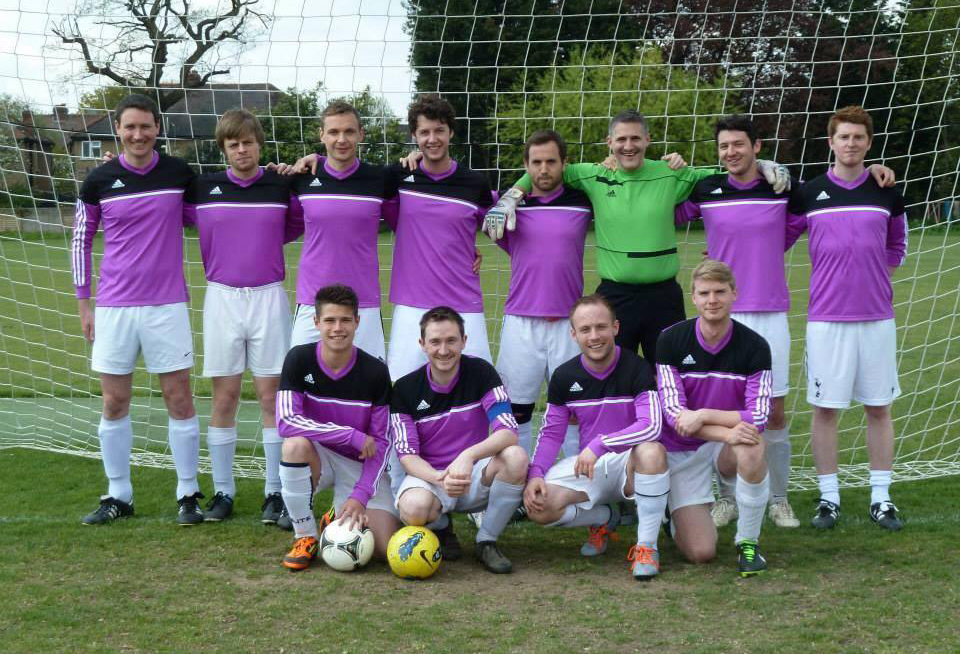 OTFC IIIs match report – vs. @oldthorntonians IVs in the League 7 South (@AmateurFC):The pitch that greeted the Old Tiffinians on Saturday afternoon was not one they recognised, despite this being their home ground. The lack of vast pools of standing water left some players slapping their cheeks in comic disbelief.The side started slowly with Thorntonians peppering the goal with shots and stea…ling a soft goal from a corner after 20 minutes, unwittingly waking a sleeping giant. Tiffin recovered with some good interplay from Ben Wiliams and Charlie Hughes in the middle and Arnau Gimenez forcing the defenders to sweat.

A moment of set piece genius from the boot of Andy Dickenson landed at the grateful feet of Hughes, who smashed home with guile. 1-1, game on.

The joy was short lived with the Thorntonians striker turning one of our defence like a police siren, leaving a stinging ringing in our ears having belted it into the corner of the OTFC net.
After the break – which allowed the referee to spray WD40 on his knees – sweet lady old T came hard.

Cries of “Barca who?” (Or perhaps just “who?”) could clearly be heard from the stands as a welcome familiar face in the form of Colin Avery played tiki-taka passes with Williams and the Spanish contingent, forcing a corner. This corner yielded a classic round of ping-pong before Gimenez said “si por favour” and hammered it into the despairing Thorntonians goal. No pasa nada!

Tiffs dominated for a good 20 minutes, playing football like Brazil used to, but without the finishing touch of Ronaldo senior. The ball broke free on the edge of the old T area and was deflected into the net by a Thorntonian team under the cosh.

Could have would have should have will be the message to take away from Grist’s stadium this weekend. The end of the season will be pivotal but Ts seem to have found rhythm at the right time.
MOTMs Nick Dempsey and Andy Dickenson. Special mention to Ben Williams who showed composure and determination in centre mid, despite scooping over the bar from two yards following a pass from Aaron Langford.