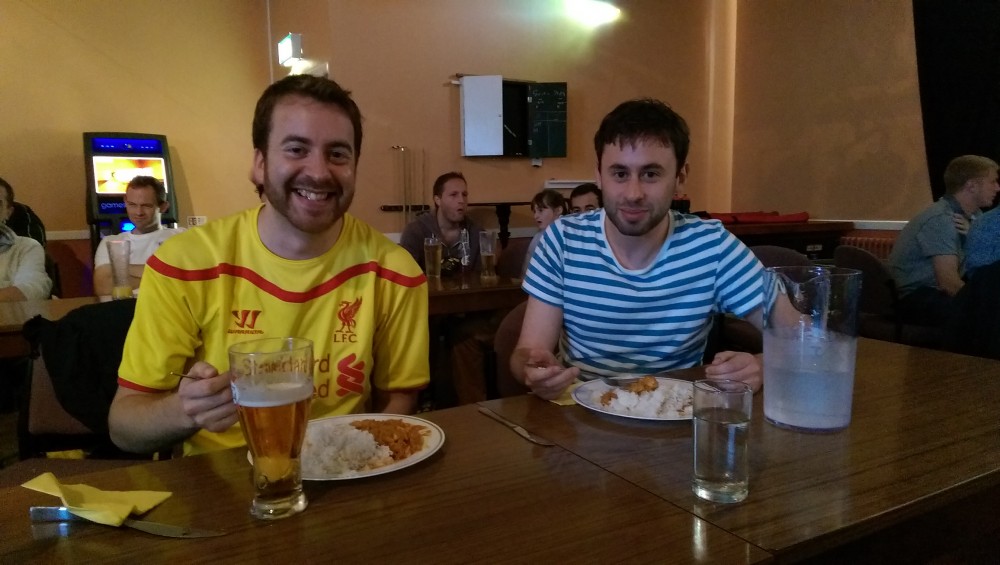 ‘Consistency in selection and players who know each other’s game inside out. These are the two things which will drive OTFC IIIs forward this year.’
Ciaran Morris, 1 October 2014.

It’s fair to say that Morris’s best plans had seemed to go down the pan as the week prior to the cup game against Reigatians VIs unfolded. Eight of the starters from the previous weekend’s 1-1 draw were unavailable, and Morris was left scrambling to put up a squad together, even gallantly volunteering to go in goal for the game whilst OTFC would field a fearsome 10 men instead of the usual 11. Alas, cometh the man, cometh the hour, and Mou Alhashem stepped up his recruiting drive by bringing the much welcomed Haitham Khorma in goal alongside Saif Mohammed, whose versatility would prove key. Designs by several players to call Mou ‘Jose’ after his Portuguese alter ego fell on deaf ears, but the Tiffs 3rds were ready to roll, and Morris was breathing a huge sigh of relief.

And so on to the Saturday with, once again, Morris’s best laid plans seemingly going down the pan as an ever-expanding squad struggled to get together on time for the big kick-off. Tough as nails defender Lee Orchard, fresh from a ‘flesh wound’ (5 stitches), and on kit duty, ended up being stuck in traffic, meaning that the IIIs prepared for the game by lining up in what we will hope will not become a traditional 4-3-2 after scrambling for their kit. The defensive wall was made up of Simon Titcombe down the right, Mohammed somehow eagerly proving his versatility by moving from left midfielder to centre-back, midfielder Ben Williams playing much, much deeper than usual in central defence and Morris making the left wing-back slot his own. Speedy trickster Israel Nagore would provide width down the left, with reliable Tom Myatt down the right and Bappo Reynaud trying to hold the fort in midfield. Meanwhile, in attack, Aaron Langford would try to quiet the ‘discontent’ (i.e. playful ribbing) linked to his penalty miss in his previous appearance, supported by Alhashem.

Orchard arrived on the pitch, and we reverted to our traditional 4-4-2, Williams moving back into midfield. After two very tight games, Tiffs IIIs were expecting another resolute defensive performance but a lack of familiarity across the revamped team meant that Reigate quickly went ahead, a low cross finding its way to the back post for a tap in. This was despite a bright start by the Tiffs, in which Alhashem had been assaulted in the box by two Reigatian players consecutively, with the ‘referee’ (quotation marks needed) waving play on.

The Tiffs responded brilliantly and immediately, with Ben ‘Bambi’ Williams equalising with a powerful drive from the edge of the box. Alas, Reigate somehow took the lead again before being pegged back by a simple tap in from Reynaud after good build up down the left-hand side and a strong shot from Langford. Straight from that resulting kick-off, Reigate got and scored a penalty, after Orchard took down Reigate’s left winger. But an incensed Tiffs meant business, and Langford scored a delightful chip to put the game at 3-3 after what must have been 20 minutes of frantic football. Finally settling into the game, the Tiffs started to stamp their authority on the game, with Nagore and Myatt in particular down the wings providing both cover for Morris and Titcombe, and attacking verve going forward. A lovely bit of play down the left-hand side left Nagore free to deliver a delightful inswinging cross to the far post, where Langford ghosted past his marker to place a bullet header and give OTFC a 4-3 lead.

Reigate were left floundering and, buoyed by his first goal, Langford proceeded to chip the goalkeeper from 40 yards before emphatically claiming to have scored from his penalty area. Nice try from Langford, but it was an absolute peach of a goal reminiscent of Xabi Alonso’s golden days. Shame about that penalty miss the other week, then…

Half-time, and a confident OTFC came back onto the pitch determined to keep a clean sheet for the second half, a desire which lasted a grand total of 74 seconds as an underhit pass from Reynaud left Reigate’s midfielder to smash the ball in from 25 yards into Khorma’s top corner. 5-4, and Reigate were rejoicing, but OTFC were having none of it. Despite being constantly manhandled by Reigate’s ageing defence, Alhashem had never stopped running and harrying the opposition, and he got his just reward when a classic mix-up in Reigate’s defence led him to finish with aplomb. OTFC were running the opposition ragged and, despite more ‘unhelpful’ ‘refereeing’ – which included Alhashem being taken out in the box once again, and Williams and Alhashem both suffering from outrageous ‘offside’ calls – were determined to finish this once and for all. The Field duo had brought stability at the back, where Mohammed once again deputised ably down the left hand side after Ralph Field had discovered that there was to be more running in 11-a-side than 5-a-side, and the midfield were dominating, whilst Alhashem and Langford were bamboozling Reigate’s defenders. It was therefore no surprise when a quickly taken free-kick by Alhashem and Reynaud led to another delightful cross finding its way to Langford, who headed emphatically and celebrated the promise of buying the whole team a pitcher after the game. There was still time for Mohammed’s selflessness and Titcombe’s tireless running to be rewarded, as the former found the latter with a ‘defence-splitting’ (only in quotation marks due to the need for there to be a defence) pass, with Titcombe evading the Reigate keeper’s attempt of a save and coolly chipping the ball in from the edge of the area.

8-4, and the cruising OTFC lost their composure slightly, leaving Reigate to score another screamer which left Khorma pounding the ground in frustration at having conceded five despite having not put a foot wrong throughout the game. Despite that last tiny setback, OTFC continued dominating until the final whistle, and the game ended with an outrageous 8-5 scoreline.

Congratulations to Haitham, Simon, Saif, Bambi, Tom and the Field Brothers for their season debuts, and to Langford for his four-goal haul and subsequent Man of the Match award.