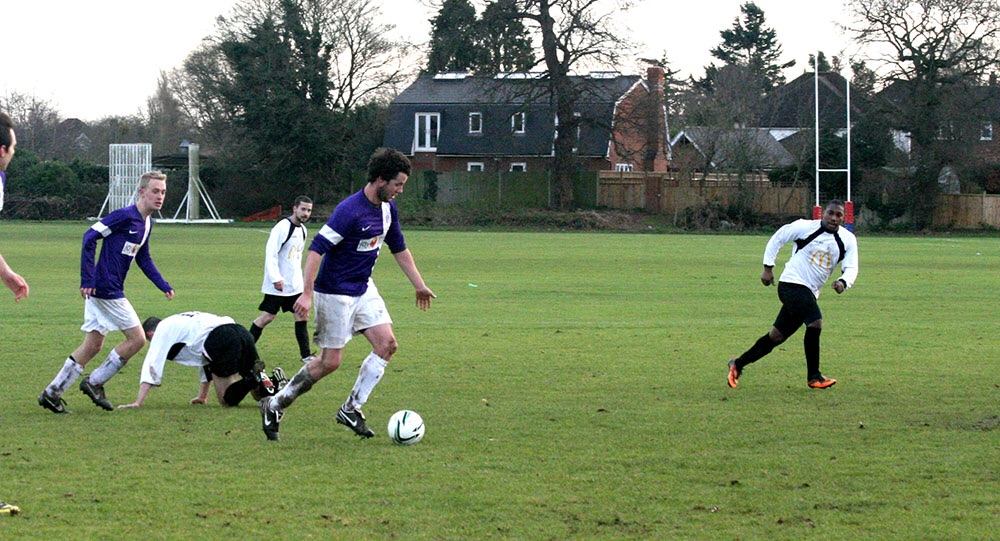 After three wins from four games OTFC IIs arrived for their home game against league leaders Shene with their tails up. Despite the notable absences of skipper Dicky Bostelmann and suspended partner in crime Peake the elder, VC Will Forsyth – suspicously arriving from warm weather training 10kg heavier and with burger relish around his mouth – was able to select a strong looking side and after a lively warm up the game began in predictably blustery conditions.

The Shene team began quickly and looked to impose themselves on the game from the off but found Tiffs in stubborn mood. A back four consisting of four natural fullbacks dealt with everything that came their way with aplomb – Dougie Edwards particularly impressive as he stifled the urge to donkey punch opposition wingers and concentrated on tackling and marking superbly. The midfield led by Kuldeep Grewal in his now eponymous shielding role pressed well, taking their lead from the service starved John Edwards, who ran tirelessly and contested every ball – for the most part to little avail.

Half time arrived with the score 0-0 and OTFC could feel confident they had edged it on points. An extremely solid if toothless half against a side far superior to the majority of the League. More of the same was championed and the players trudged out for the second half with a mind to dig in.

Ten minutes later it was 3-0 Shene. Drat. Wind, a couple of individual errors, and a general slip in focus let Shene shoulder their way ahead of the men in purple and white – a great shame after a positive first half. Bettis made it 3-1 from the penalty spot after Forsyth “engineered contact” with an overzealous defender, and for 15 mins or so Tiffin were the better side – playing some nice football and showing there is much to be positive about in games to come. Tiredness and Shene’s desire to seal the league title saw them score two late goals to seal a flattering 5-1 win.

A gutsy yet ultimately fruitless display against strong opposition – Tiffs will surely have better days over the coming weeks.