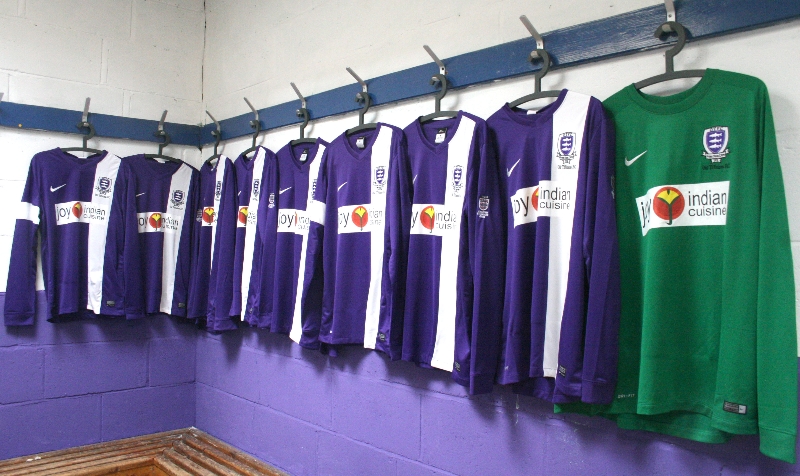 It was with slight consternation that OTFC IIs walked out onto the damp pitch in Dulwich vs Old Alleyn’s Vs (some 72ish leagues above us) [editor’s note – their IIs are probably up there]. While ‘treating it like a cup game’ was the spirit for the day, turning up with no practice balls or a keeper (Hobbs was sidelined with a migraine), was a touch more casual than many had hoped.

After a little bartering in the changing room between Peake and Nichols about who had less credibility in goal, captain Peake led the (admittedly quite strong) team out in the No. 1 jersey onto a very well-maintained, wide, flat-ish pitch, against a side who were metaphorically and literally some way out of our league. Some would compare it to Luke Skywalker’s plucky group of rebel fighters approaching the Death Star, with Darth Vader expecting a pretty simple cup trouncing. The oppo even had proper drills to warm up with, unlike Andy Dickenson who managed to volley 30ft over the fence into the next door garden, and sheepishly had to run round like the naughty kid next door and ask for his ball back. (It was actually the wrong house.)

Tiffs took the kick-off and for the first 10 mins played arguably some of the best passing football ever known to Tiffs. It’s amazing what a bit of space and time on the ball will do. After last week’s weaknesses were exposed, the newfound centre-back pairing of Andy and Kuldeep were on top form to clear away any danger from through- or over the top balls, cleanly and sensibly, supported by good performances from Mitch and Gary at left and right back. After a passage of sustained but pressured possession in the Tiffs own half, strong passing between Nichols and Sammarco on the wings and the central combo of Kimber, Avery and Burns-Peake allowed Tommo to power a shot away from 30 yards, slamming into the right-hand post. Andy screamed ‘yessss!’ just after it was hit, and was duly fined for a premature ejaculation.

After an up and down first half, with some brave saves from Peake in net and some truly inadequate foul throws from the Alleyn’s right back (allowed to be retaken due to dubious ‘wet ball conditions’), Tiffs went into the break 0-0 and full of positives.

Rousing team talk aside and Luke agreeing to stay in goal to keep us in the tie, Tiffs started the second half as they finished the first. Few chances came for either team, save Colin’s selfish attempt to score directly from a corner, which was headed off the line. Tiffin committed themselves all over the park and eventually broke the deadlock with a well-placed effort from John Edwards, sneaking inside the near post to the keeper’s complete bemusement. 15 minutes left and Tiffin were on the brink of providing a cupset. Despite constant pressure from Alleyn’s and a few disputable calls from the man in black, Tiffs held out for a proud and hard-fought 1-0 win. Kuldeep worked his trainers off at centre back, consistently outpacing and outplaying their big no. 16 up top, and was duly rewarded with a nearly unanimous MOTM.

Great passing, great defence, great keeping, still probably not enough shots, but the IIs got through. Credit to Alleyn’s for a tough game (and decent pizzas after, despite Matt getting bored of his pepperoni), but we’ll see where we’re heading in the next round. Enfield? Ealing? Maybe even the dark depths of Hampton Court. But most importantly, Tiffin’s search for a successful cup run…continues.