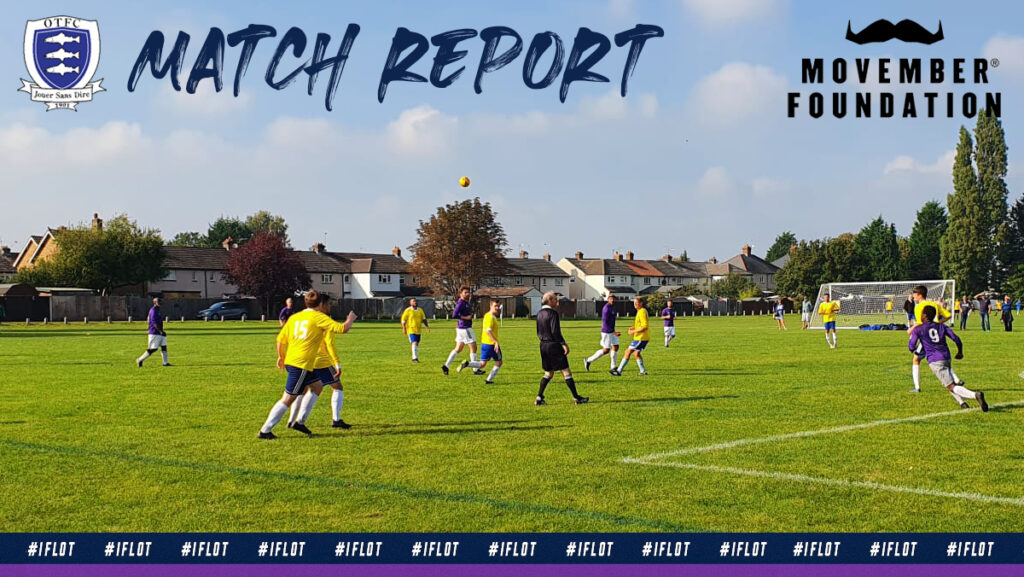 After two closely fought games at the start of the season the fixture computer coughed up a week off for OTFC, giving them a chance to recover from any niggling injuries and come unto this game with a fully fit squad.

The pre-match team talk focused on how well we had started both games of the season so far, going in to half time leading on both occasions – so let’s try to keep the same level for a full 90 minutes this week.  A counter offer was made to instead go in to the break losing and see how that works out instead, a great way to welcome our two debutants Rory McMahon and Alex Gareth Thomas.

Tiffs started the game well, forcing the Wokingians keeper into a fine double save from a free kick but the game quickly became a scrappy affair with few chances for either side.  Sadly Old Wokingians took the lead mid way through the half, with their striker picking up a misplaced pass and firing home from the edge of the area.  The game continued to have few chances, and as planned, Tiffs went into the break trailing.

With a slight tactical tweak at half time, Tiffs went out hoping to make more of their good build up play and actually make some chances.  For 10 minutes the game continued to be a scrappy affair until Wokingians struck again after a series of corners and Tiffs looked in trouble at 2-0.  However, Tiffs are made of sterner stuff this season and they picked themselves up and continued to play some good football with T. Monerville on the right and J. Austen on the left causing the opposition trouble throughout. Chances started to come, with the best falling to Monerville who sliced wide with the goal at his mercy.

Sensing that a goal was on the cards, Tiffs kept the pressure up and were finally rewarded with a deserved goal.  The ball came in from the left, was only half cleared by Old Wokingians and then laid back by A. Cunningham to the edge of the box where the onrushing C. Bell lashed the ball home on the half volley. Game on.  Tiffs quickly pulled themselves level, with a corner routine straight out of the training ground.  The cross came in, was headed half clear, then headed back into the mix, then a couple of people swung at it, then the ball bobbled around for an eternity, a few more attempted clearances and blocked shots followed before J. Austen finally got a clean strike on the ball, levelling the game at 2-2.

Having enjoyed coming back from 2 goals down so much, Tiffs decided to concede again almost immediately so they could try coming back again.  Allowing a long clearance to bounce, Old Wokingians got a strike away from a tight angle and then swept home the rebound. 2-0 to 2-2 in a few minutes and then straight back to falling behind.

Fortunately the lead didn’t last long.  Tiffs worked the ball nicely down the right hand side before Monerville crossed beautifully for J. Austen to head home his second of the game.  With almost 20 minutes to go both teams felt sure that more goals were to come.  Tiffs thought they had won it late on when R. McMahon headed home from a corner, but apparently using your hand doesn’t count and it was correctly chalked off.  There was just enough time for Old Wokingians to almost steal it with practically the last kick off the game but a goal line clearance from A. Cunningham meant that the points were shared.