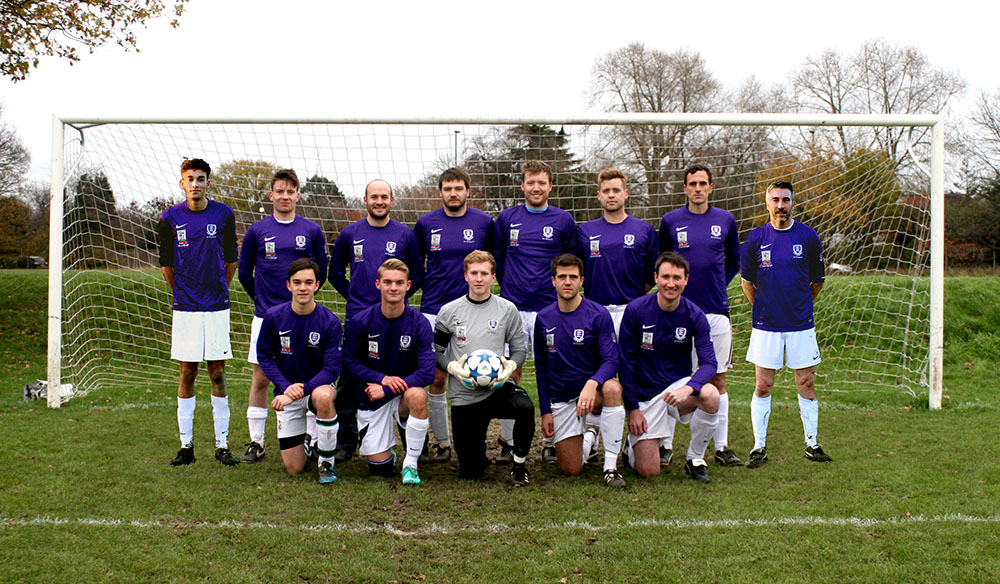 At some point towards the end of 2015, lots of purple men travelled to Woking in search of PINTS, not POINTS. Not formally part of Schengen, this provincial enclave would have been well within its rights to repel the unwelcome conquistadors at the city gates, send them back from whence they came and suspend child benefit payments to any offspring based inside the M25. However, Old Wokes are a progressive club. They do things differently.

Having studied the league table, Wokinians afforded the swarm of purple migrants, comprising 3 legions of XI, a truly  ‘Germanic’ welcome. These were good people. Not wishing to be outdone in the hospitality stakes, the Ts dutifully rolled over, revealed their soft (and in the case of Wightwick and Youl, sizeable) under-belly, pulled their own pants down and allowed themselves to be penetrated. Twice. Unfortunately for Justin Smith (who had not expected to play) he didn’t have a spare pair of pants.

The football was played at low-pace, low-intensity and with little guile (the one exception being Alan, who led the line admirably and looked gorgeous), and as a consequence there is no historical record of the game ever having taken place. The ball was probably kicked HIGH, Joe Matthews undoubtedly had lots of shots and Dave Harry spent lots of time rolling around in the mud looking for his dentures. One thing we can say for certain, however, is that Sebastian Rose apologised. And he did it in a very high-pitched voice.

Across the three teams, the club shipped 18 (eighteen) goals without reply.  A blue moon it was not. There were looks of utter bemusement from local punters when, after such an abject display, the purple half of the bar erupted into a booming chorus of ‘We’re Old Tiffinian’s, We’re on our way back! Oway! Oway!’ One could only conclude the Tiffs were about to make their way home.

Greg Nutt did have a dream. But it wasn’t this.