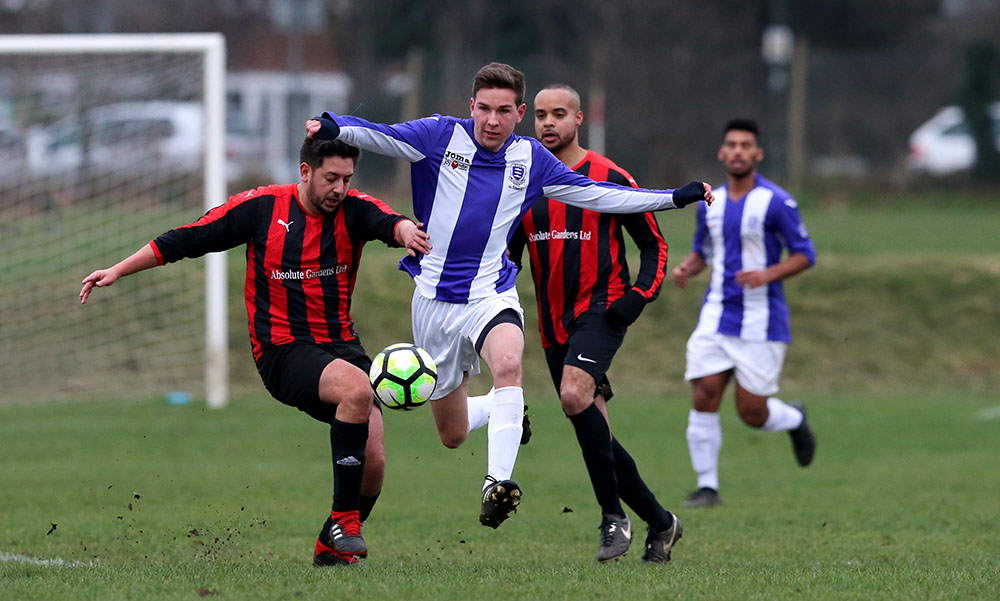 OTFC Is entered the game against bottom-of-league Old Meadonians in a confident mood, on the back of 2 wins and (more impressively) 2 games without conceding. They couldn’t do it again could they?

The weather. Freezing. The warm-up. Thorough. The Tiff’s start. Sluggish.

OTFC I’s started fairly slowly, struggling to impose their usual passing game against a hardworking opposition. Nonetheless, as the game wore on, Tiffs started to show slightly more attacking threat, earning a few dangerous free-kicks and corners through the endless running of fullbacks Rory and Ben. Half-chances fell to Dave and Joe up front, with the latter striking the bar from close range. However, in the 40th minute, the Tiff’s hopes of keeping another clean sheet were shattered in spectacular fashion. Starting from about 30 yards out, the Old Meadonian’s striker chested it down, shook off the defender, rifled it, and bang! Right in the stanchion. 0-1 at the break.

After a very honest team talk, OTFC emerged with new energy in the second half, chasing down relentlessly to put pressure on the opposition defence and starting to test the keeper more frequently. However, Old Meadonians still offered an attacking threat and in the 50th minute scored again to make it 0-2. A well worked team goal scored on the counter-attack after Tiffs lost the ball high up the pitch.

From that point on, OTFC I’s dominated the play and started to create more chances from across the team. Great play from Steve on the left led to a few shooting opportunities and chances for Tom, and a couple of free-kicks fell to Colin. However, the opposition keeper held firm and the ball just wouldn’t go in. Eventually, with 10 minutes to go, the ball made its way to Jordan in the centre of the box who calmly slotted home. 1-2. More OTFC pressure followed but a mixture of great goalkeeping, dogged defending and poor finishing saw the game end in a narrow loss.

A strong second half effort from the Good Guys, but on the day, not quite good enough.

Here is MOTM Steve giving his overview of proceedings following this weekend’s game: