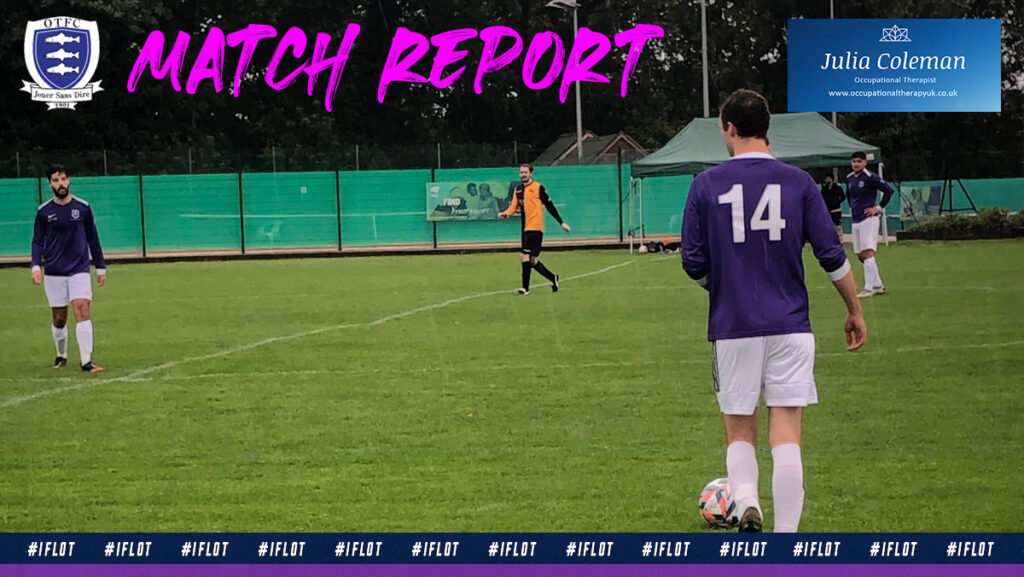 After a perfect 100% start to their league campaign, Old Tiffs 3’s turned their attention to the AFA Cup. Having been drawn away to Old Wilsonians 4s based in Bromley, the Tiff’s checked their petrol tanks and set off on their travels through the torrential rain.

Tiff’s couldn’t have asked for a better start. Regaining possession quickly from kick off, Captain Ash was hit with an accurate pass, from which he produced a lovely flick. Lewis “Two Helpings” Rutland ran onto the ball and showed great strength and power to hold off the defender, he finished clinically dispatching the ball into the bottom corner. 0-1 up to the Tiffs 10 seconds in. “EASY, “EASY” the two Tiffs fans sang.

The singing lasted for all of three minutes. Tiffs were penalised for a handball 35 yards out. The free kick whipped towards goal, skidded off the surface and into the bottom corner to make it 1-1. This spelled the start of some heavy Wilsonians pressure.

Despite the match being relatively even, the Tiffs found themselves a harsh 4-1 down after 50 minutes. An unfortunate Dom ‘D’Lundz’ Lundie own goal sandwiched in between a couple of crackers gave Tom ‘Trousers’ Leggat no chance in the Tiffs goal.

In some monsoon like weather conditions, the Tiffs engineered a fantastic response. George ‘Long Studs’ Apos, who had been ordered off by the ref for wearing Rugby boots with 6 inch studs, was back on now wearing boots two sizes too small. These had been kindly lend to him by the super composed Marcus Lovett. Tiff’s gained confidence, and with Alex ‘Emre’ Barkham as solid as ever and spraying cross field passes, George ‘Rory Delap’ Sullivan and our very own ‘Phil Neville’ Luca Burgess showed dominance working the wings.

After coming close a couple of times, eventually Tiffs got their goal. After a glorious vegan tasty cross whipped in by Aaron Elwood, Captain Ash found his glancing header nestling in the back of the net. 4-2. The Tiffs pushed for another, but despite good work by Foden Hair-a-like Adrian Janjeva, it just wouldn’t come.
However, a few minutes from time, Captain Ash played a perfectly weighted pass to housewives favourite Dylan Brillante. Despite the lack of cheering housewives who were avoiding the rain, he cooly slotted home to make it 4-3. Sadly that was the end of the scoring for the Tiffs and there would be no AFA Minor Cup run, and no time for a ‘Tom Daley’ special from Captain Billy Zeqiri.

Instead, the 3’s moved out of the rain and helped themselves to a couple of helpings of Chilli-Con-Carne and Vegan Chocolate Brownies. Good (spicy) fuel to take them into next week, with its opportunity to extend their league winning run against Reigate.