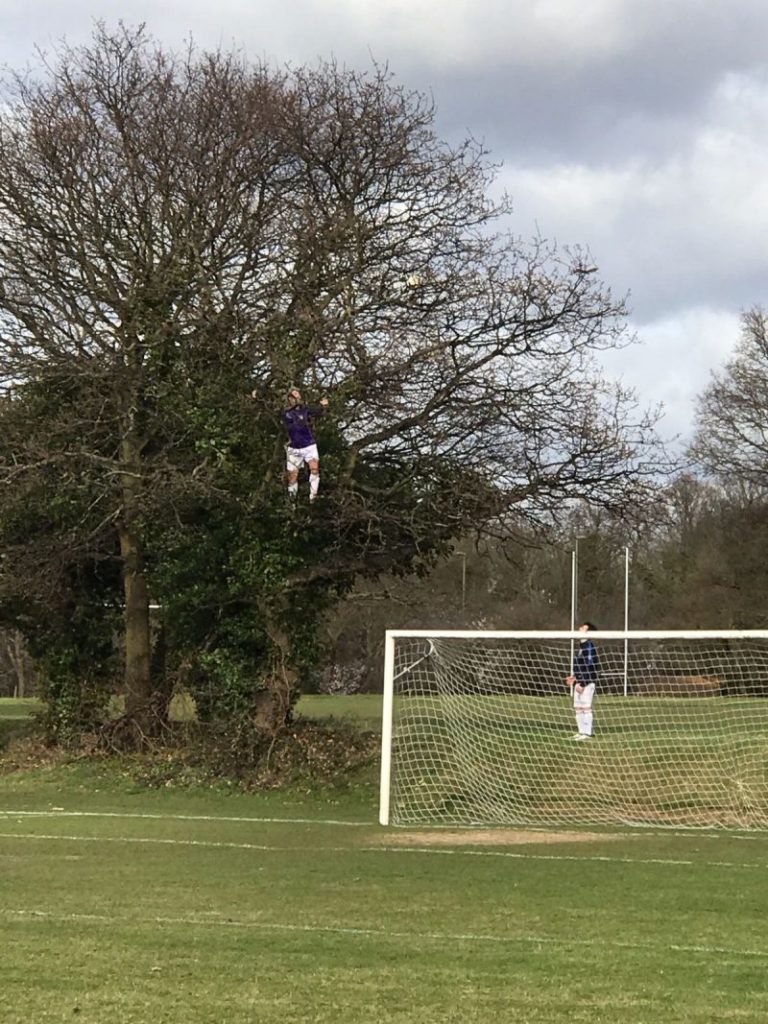 OTFC 4s signed off their last home game of the season with a convincing 7-1 victory over Old St Mary’s 3s.

There was a goal each for Ahmed Al-Helfi, Steve Newby (his first for the club), a brace from Charlie Hughes and a hatrick from Ed Lamboure.

Tiffs had in-form keeper Nader Meradji to thank for keeping them in the game early on with three fine saves – including an excellent diving tip round the post after only 30 seconds of the first half.

Moment of the match came mid-way through the second half when, after a mix up in the St Mary’s defence, Hughes went clean through on goal with only the keeper to beat. As the keeper (who was presumably northern/keeps ferrets as he was wearing a flat cap) came out, Hughes took the ball round him only for the keeper to push Hughes in the face. The referee played advantage but rather than tap the ball into an empty net Hughes decided to stop, turn round, and push back. And the ball trickled away. Much to the amusement of those watching on from the touchline.

The win moves OTFC 4s above St Mary’s in the table and within sight of fourth place with two games left to play.

Man of the match: Mark ‘Mesut Ozil’ Lomas; assisted nearly all the Tiffs goals and was a constant threat with his pace running in behind.