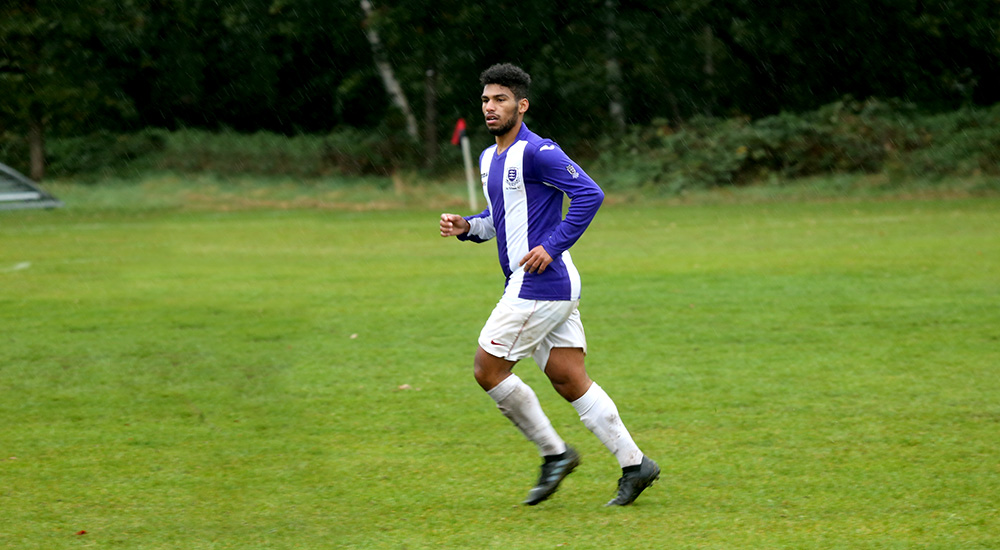 It had been a magical start to the Old Tiffinians 1st XI’s season… Or had it? The mighty purps had dished out two pummellings in their opening two fixtures, with the 7-1 demolition of local rivals Old Pauline’s being so impressive that they’d resigned from the league, meaning the victory was now void.

Following this were two back-to-back defeats, leaving The Good Guys™ hovering precariously in mid-table. There was an unmistakable sense of nervousness flowing around Grists as the fans gathered outside Cheeky Chimps handing out their pre-game predictions.

Skipper Bostelmann gathered in front of the press following his crash course in media training, and tried to divert attention from the recent run of difficult results, “The AFA Cup is a great distraction for us, a chance to get our season back on track. We’ve done our homework, and as long as we keep the ball away from Jeffrey Schlupp then I’m confident we can get a positive result.”

In Baltic conditions, there was a sense of pre-match confidence in the air from the Purps. For the first time in OTFC history, everyone in the matchday squad arrived early (even the Italian maverick Blowseph Sammarco), there was no music in the changing room, and Luke “The Problem” Peake was a game-day cryoff…

After a timid start, Tiffs grabbed the game by the scruff of the neck, with the freshly-hair-trimmed Jordan dominating the base of midfield, and rampaging full-backs Sammarco and Sadler causing all sorts of problems down the flanks.

Following a neat one-two on the edge of Wood Green’s box, Jordan drove into the area and without breaking stride slapped a wonderful strike into the far top corner. Delicious, sumptuous, magnificent goal.

Sometimes in sport, it’s just your lucky day. Thankfully for Old Tiffs, Seb made a wonderful save at his near post, and shortly afterwards Wood Green’s goalkeeper took a leaf out of Mr Rose’s book… Fortunately this book was from a fortnight ago, and he decided to tell the referee to f*** off.

Gentle chants of “bin, bin, bin” rippled through the crowd, and the man in the middle relented – The Good Guys™ had a man advantage heading into the break.

Half-time. Some calming words from the captain on the touchline, and some minor tactical tweaks; Lamble on for Sadler to keep the legs fresh on the flanks, and Pratelli on to add some more guile into midfield.

Another diffident start to the half was followed by relentless pressure. The infamous ‘Purple High Press’ (patent pending) led to the reinstated Wood Green ‘keeper playing a clearance straight into the path of the onrushing super-sub Lamble, who hit a fabulous first-time lob from all of 35 yards over the GKs sprawling hands and into the empty net.

After another smart save from Rose to repel a counter-attack, the ever-busy Matt Burns-Peake put on a late masterclass.

The first was a wonderfully worked free-kick routine, where the opposition were so puzzled at Kimber lining up to take a set piece with his left foot, that a huge gap in the wall opened for Matt to tuck the free-kick into.

Another sharp counter-attack led to MBP’s second – a wonderful strike with the outside of his right boot which clipped the post on the way in.

And here are the thoughts from MOTM Jordan: