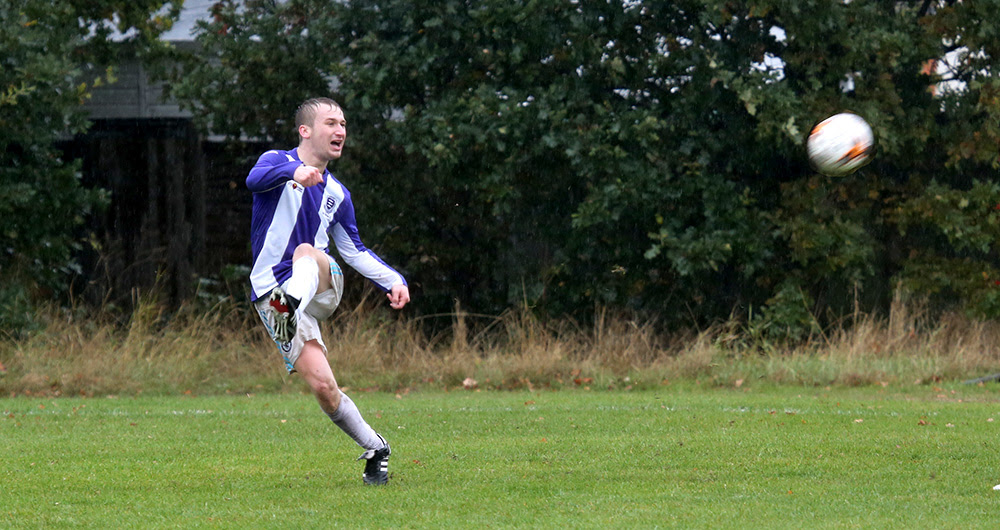 With the Christmas break approaching, Old T’s had one last chance for 3 points to close out 2018. The scene: a cold, wet, ice rink of a field in Wandsworth. The opposition: a good footballing team with some very conversational midfielders.

The previous meeting between the two sides ended with 9 men in purple left on the field, something the self-proclaimed ‘good guys’ were looking to avoid the second time round.

The conditions didn’t help as the free-flowing football that the fans (Tim Robini) had become so accustomed to watching in the weeks prior, was abandoned in favour of last ditch tackles, hopeful balls in behind and some wild shots from distance.

Despite a closely contested first half, Tiffinians found themselves down 1-0 at the break, going out into the second half with an emphasis on pressing high. This seemed to unsettle the opposition as the good guys grew into game, until some questionable refereeing decisions lead to a second, and then third goal for Sinjuns.

With nothing to lose the mighty Tiffs stepped it up, grabbing a goal back via a handsome finish from gorgeous Alan. Was the comeback on?

No. A blatant handball not given, followed by a theatric tumble from the oppo winger resulted in a free kick just outside the purple penalty area, which subsequently ended up in the back of the net thanks to a wicked deflection.

The only positive to take from this game was that the away side ended with all 11 players on the pitch, a feat that could easily have not been achieved given a frustrating final 10 mins. Oh and Tom Scott scored from 25 yards near the end.

4-2, a bad day at the office, but a well earned Christmas break now before the men in magenta return in 2019 fatter, slower and more unfit than ever. Onwards and upwards.