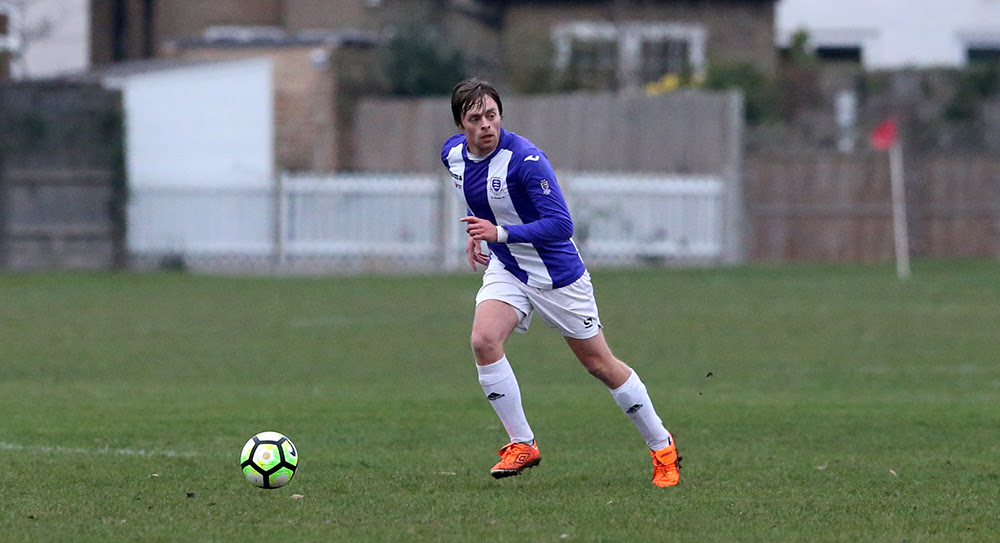 After the week of rain and snow, the purps previous game was called off, and so the good guys were sitting with all fingers crossed while conversations debating  whether this weekend’s games were going on. Luckily, we had the pleasure of playing on some of the best pitches in our league, the mighty LSE sports ground in the leafy suburbs of Berrylands and New Malden, and very close to what has supposedly been called the best pub in the world, Woddies.

The Ts arrived at the ground in good spirits, Robini was sober, Goodings was on time, and Hucks had driven, despite living about 200m (meters not miles) away from the ground. Into the changing room and spirits were high, and the boys were eager to kick ball. Stud gate held most of the attention in the changing room, with our one and only Gorgeous Alan (pron. al-arn), and Old Ts stalwart – come South Bank Cuaco play maker – Steve Goodings, not knowing that studs were different length on the front and back of the boot, and proceeding to place studs many millimetres longer on the front of their boot, which could only result in a broken ankle on the pitch. Some say Steve could be forgiven for this lack of knowledge, but Gorgeous went to Tiffin and that frankly is just not good enough.

Out on the pitch for the warm up, and the chat was all about how nice the surface was, and that all passes must be played on the deck. Blaming a bobble on the pitch today, just wasn’t going to cut it, when walloping the over the cross bar for 6 yards. A solid warm up followed, with the classic high knees followed by heal flicks, some practicing of corners, and running onto a ball from the halfway line only to whack it over the bar and chase after it across the pitches behind. At least no one could blame a bobble this time.

The toss was lost and the opposition decided to switch ends before kick-off. No one wants to see that. Funnily enough, not one person associated to old tiffs wanted to see the 90 minutes that followed either. The game started well with Tiffs sticking to their plan of keeping the ball on the deck and playing it around the team. God knows what actually happened in the build up to the first goal, but some good kick ball and the trustworthy Gorgeous put the ball in the back of the net. 1-0 to the good guys. Tiffs continued to apply pressure but could not back it up with a second goal, and Economicals managed to build some pressure of their own in reply. A good passing move down the Economicals right hand side, and a first time ball into the box which was met by an onrushing striker drew the game level for Economicals. 1-1 no longer to the good guys. After a brief down pour from the heavens, Ts took control of the game, and went 4-1 up, with goals from Alan (pron. al-arn), Bettis, and Rory ‘The Ror ™’ Sadler. Rory’s was the pick of the bunch, with many still questioning whether it was a cross or a shot. 4-1 to the good guys. Just before Economicals managed to get one back, and the teams went in at half time 4-2. The good guys were heads down and Economicals had a spring in their step… dangerous territory. After an arousing a rousing team talk about getting back on top of the game, the Ts headed out for the second half. After a few brief glimpses of domination from the Ts, the good guys once again let Ecomonicals score. A deep corner to the back post to an unmarked man, who then passed the ball out of the box, for it to be then played back in onto a black and white striped man’s head, who tidily placed it top bins. 4-3 to the good guys, but they looked in trouble. Ts continued to look wobbily, and after one of the worst shouts for a penalty from the comical Economicals striking duo, handbags started to fly. Sadly this did not help Ts who were beaten by a long range shot, spilled by the man in green with a matching handbag in goal, and swept up by one half of the comical duo. 4-4, again, no longer to the good guys. By some miracle, Ts managed to not concede again, and the full time whistle sounded. 4-4 final score, and the rather down beat good guys made their ways to the showers.

Much of the post-match chat was about where the hospitality was going to be, and whether it was the ‘best pub in the universe’ Woddies, or the local for many for the good guys, The Berry. The latter was the correct venue, where Ts headed to be met by chips, sausages, and beans. Winning! With the rugby on, the good guys spent the rest of the evening playing the wonderful Guinness game, introduced to us by the now even more Gorgeous Alan (pron. al-arn). Robini dominated this game, and everyone went home with many pints in their stomach. Next week we go again, away to Whitgift, where hopefully they serve Guinness.