OTFC Is v City of London Is (A) 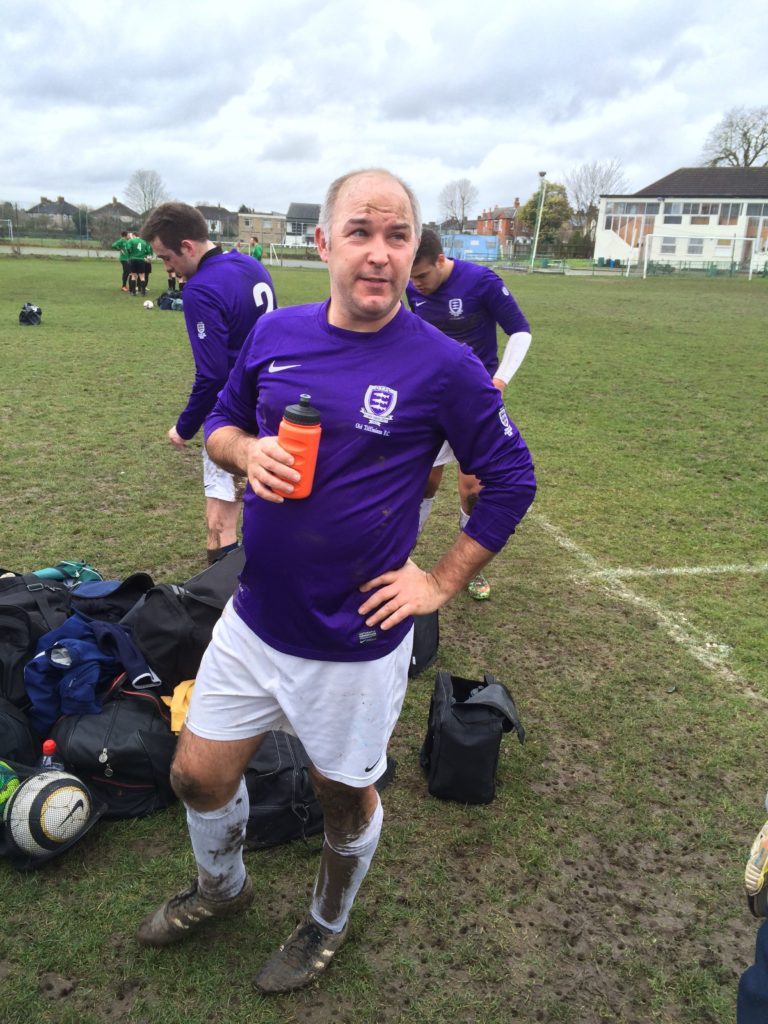 The Old Tiffs juggernaut steamed into leafy Catford not in hope but expectation of yet another 3 valuable points. With Ginger Spice treating his significant other to a “Nando’s that she’ll never forget” it was left to Tom ‘Old Spice’ Wightwick to roll back the years and lead the purple heads out into the mud. The side welcomed back messrs Harry and Smith, demonstrating the strength in depth at the Tiffin academy, as well as Owusu and Ridgeway, the latter opting for a pair of his mum’s slinky pantyhose despite the mild conditions. There were also debuts for Rino and a Scouser.

Tiffs started lazily, with Wightwick forced to push up into midfield in the absence of Robertson and Owusu, who had opted instead to take in the sights and sounds of Catford and neighbouring Lewisham. And who could blame them? Thankfully for the Ts, and a labouring Wightwick, the pair cut their walking tour short and the stand-in captain gave way to Owusu on 17 minutes. At this point the battling purps were already under the cosh and a goal down, a sharp City break leaving Osbourne exposed in the Tiffin goal before Matthews Snr and Ridgeway combined to good effect to put the home side one up.

Tiffs then momentarily woke up. Sniffer began to migrate towards the opposition box as the half wore on to give himself the best possible opportunity to take advantage of the Wedding buffet being prepared in the pavilion at the far end of the ground. Before he had the chance to snaffle any of the chicken wings the ball broke to him on the edge of the box from a Joe Matthews corner (Editor’s Note: video evidence suggests it was a Ridgeway throw) and he unleashed a rocket into the top corner. 1-1 at the turn.

A huge City punt forward at the start of the second half left Matthews exposed, a 20-yard head-start not quite proving enough for him to get anywhere near their no.11 as he coolly slotted past an onrushing Osbourne. Within seconds of the restart though, Tiffs were level. A sweeping move from left to right found Robertson in space on the edge of the City of London box. Joe Matthews’ steadfast refusal to move meant there was only one option, and Crouchy duly obliged, delightfully chipping in off the underside. Game on!

Unfortunately for Tiffs, it wasn’t. Another City lump forward resulted in Matthews Snr heading the ball onto hand (via floor, gut and both tits), the resulting free-kick made its way to an in-form no.11. Instead of picking him up, the purps opted to admire his athleticism, pace and skill, before watching him thump the ball over a despairing Osbourne. What a strike.

The cavalry were sent on in search of an equaliser, with Rino, Smith Jnr and Harry all banging on the City door.

However, a routine City free-kick wasn’t dealt with and a free header made it 4, with a dubious fifth added shortly afterwards.

Tiffs continued to press for a consolation, with Nutty and Pilkington roaring them forward with encouragement and expletives in equal measure. Meanwhile, a dejected Jon Youl looked on, very concerned that Jason McAteer would be snapped up on a permanent deal. The 2s are away next week, Youlie.