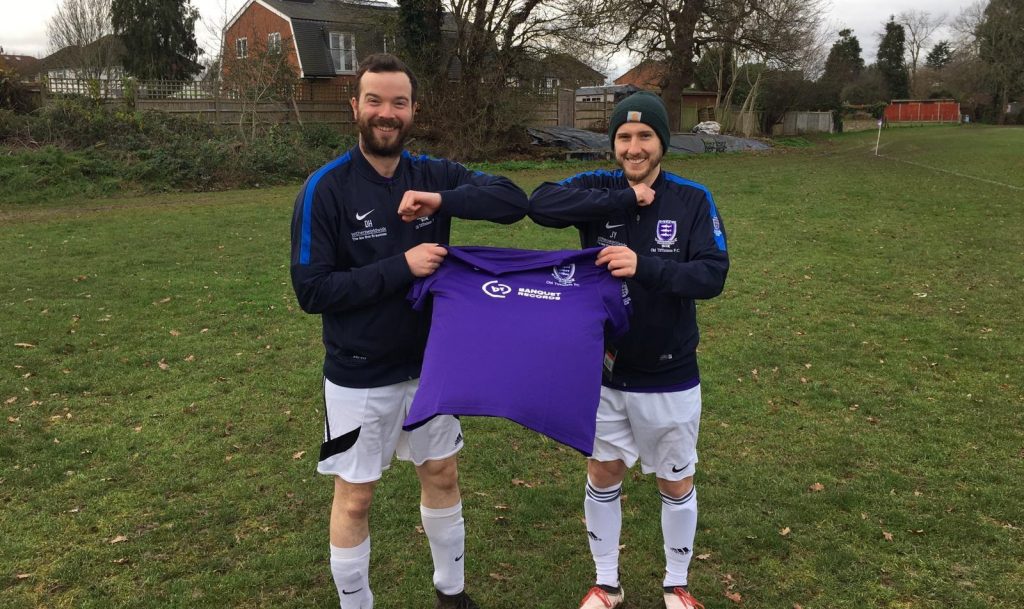 Captain Joe Yates, had a tactical change to are standard formation. Opting for seasonal Christmas tree formation. From the off, there was a clear understanding within the team and the good guys looked solid if not overly threatening. Tiffs, even on a soggy pitch, manage to play nice little triangles around the centre of the park with pirate Harrison, Dr TWC and Bambi dictating play. The opening encounter was much like two boxing titans feeling each other out in the early rounds with no one landing a telling blow. Steve supported by Joe and Zak (although Zak decided to self sub quite early on, saving himself for later) were leading the line nicely, giving plenty of options at the top.

Tiffs built pressure nicely until they earned themselves a free kick just outside the box. Clearly this was joe Yates territory, but to the surprise of all Steve stole the ball away from him. Lining himself up for the free kick, he had only one thing in mind. Lift the ball to the top of the wall, get a small flick of the defenders head, allowing the ball to drop just enough to hit the underside of the crossbar and bounce in…..this was executed perfectly.

The 5-10mins following taking the lead was a real test. Witan gained some unexpected momentum,  testing and breaking through the Tiffs back line on numerous occasions. However, with some last ditch tackles, handy work by Tom Nichols in goal and Dan Jackson making his presence known to anyone near him, Tiffs went into half-time in the lead.

Lots of energy still left in the legs, it was time to get out and win this game. However the oppo had other ideas. Tiffs really didn’t get out of the rousing half time team talk. Losing control of the game and finding themselves exposed on numerous occasions. With the backs to the wall and crosses coming in regularly it seemed only a matter of time before Witan drew level. And so it was, the Tiffs defence was pulled out of shape from a short corner, when the ball wasn’t cleared properly and drop to Witan on the penalty no one could stop the low shot (in between Marshall’s) legs going into the net.

Now tiffs can hold their head up high from that point. Unlike days gone past, the boys did not fall over like a house of cards, no….they picked themselves up and found the rhythm which was successful in the first half. Note: this does not include a beautiful but cynical foul by Mos to stop a Witan break away – yellow card every day of the week. However he got away Scott free.

Tiffs pressure again came down to a free kick within shooting distance. Steve settle himself once more, struck beautifully over the wall this time heading for the top corner…..or so it seemed, at the last moment a hand reached up from the wall blocking the goal bound attempt. Cries (shrill screams) for a penalty went unanswered by the ref. Chances kept coming from both teams as the game was drawing to a close. Another penalty shout from Tiffs  went unanswered, Zak with his fresh legs found himself with a opportunity to shoot but didn’t pull the trigger and Steve’s final 40yrd free kick couldn’t break the deadlock. Tiffs defence also managed to defy the low sun and repeatedly cleared their lines until the final whistle brought to a close what was a hard fought point for Tiffs.

The team spirit is high, and it showed after the game. This must be kept if Tiffs are going to make the move towards the top of the league as performance like this deserve.

Steve doesn’t do interviews… he lets his play do the talking: