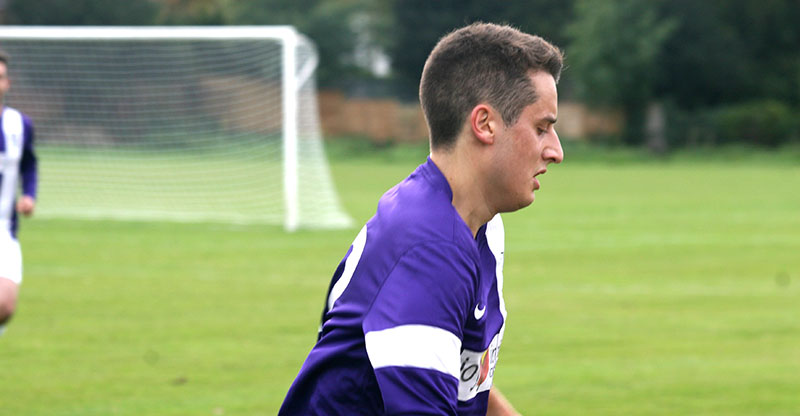 We should have known really… OTFC are not renowned for our cup runs, last year we celebrated a run of two games. This year we found ourselves excited that we might just match that run. It should also be noted that numerous players were suddenly unable to play in a Bergkamp style phobia of travel. It was afterall north London… and OTFC just don’t do north!

OTFC 2s lined up in a now traditional defensive formation consisting of four right backs. That left winger was going to be completely cut out of the game… and he was for a while…

Writing a match report having lost 7-1 is a tough one.

Norseman IIIs were stronger across the park, they had route one sorted… long ball, flicked header, quick striker, bang… it worked for them seven times. Whilst OTFC 2s played for long periods the better football playing the ball in and out of the midfield, having only one striker up top didn’t give us the opportunity to move the scoresheet on. Norseman didn’t allow us any penetration, the few chances we did find ourselves, we didn’t capitalise on.

Defensively we were solid for long periods, but some simple errors (perhaps a consequence of not having played together before) let us down… that and a couple of heroic horrendous offside decisions. When challenged, the referee to his credit did tell us that he wouldn’t be giving any offsides… as he couldn’t see that far… great news, adds a different dimension to the back line. It could also be said that we rode our luck for most corners… we won few of the headers and didn’t pick up the second balls.

Our goal came from a passage of play that interchanged down the right hand side of the pitch, Luke and James combining, allowing Tom to make his run down the right crossing into Colin who deftly knocked the ball past their keeper. A great worked goal showing what we can do when we put our minds to it.

Man of the Match (renamed for the game as “man who wasn’t quite as bad as the others”) went to Joe… a strong performance in a number of positions across the midfield.

This game is never going to be recorded as our finest hour.