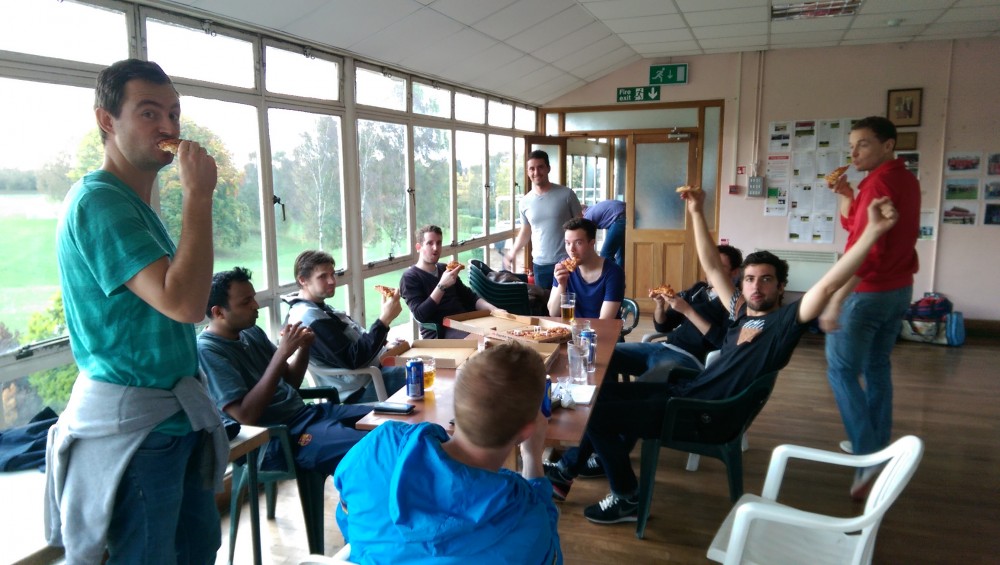 “It wasn´t our day”.
This past Saturday OTFC IIIs suffered a tough loss against Old Suttonians VIIs by a score of 6-0. The match begun with strength and intensity on both sides of the pitch, but unfortunately the home team got ahead around the 2nd minute thanks to a stroke of luck from a throw-in that was not defended properly by the away squad. Far from getting discouragd the the Tiffs remained calm and continued playing good football, thanks to the great effort by Baptiste Reynaud a.k.a. “Bappo” and Israel Nagore a.k.a. “the pale Makelele” in the midfield, keeping a strong opposition under control. But once again, bad luck bait visitors, when a long ball beat our goalkeeper after clashing against the opposition´s striker.

Nevertheless Tiffinians kept trying and generated several scoring opportunities that sadly were not finished. Our captain Ciarán Morris a.k.a. “Fernando Torres” had the best chance before the end of the first half, when he controlled the ball just outside the box, after a precise pass from Aaron Langford, but the shot went off the side. Tiffinians conceded two more goals before the end of the first 45 minutes from another corner and after good team play by the opposition.

The game came to rest with a unfavorable result for OTFC IIIs, but the team kept going and Ciaran Morris introduced some changes on the pitch, placing Nico Telfer a.k.a. “hey, hey, danger, danger” at left back and Lewis Baister up front with Langford. During the second half, luck continued to be on the local side and two more goals were conceded. The midfield was totally under home team´s control and their defenders saved any attempt of Tiffinians to score. Before the end there were a couple more clear opportunities for the magenta side, but the ball refused to go into the local goal.

Despite playing a good game and creating clear chances in the opposition´s area, the team could not overcome the overwhelming score against Old Suttonians, a team that justified their position on the top of the league table with a comfortable win. Dan Jackson won the MOTM award on his debut for his valiant efforts at right back, and the team returned to the clubhouse and ate two large pizzas.