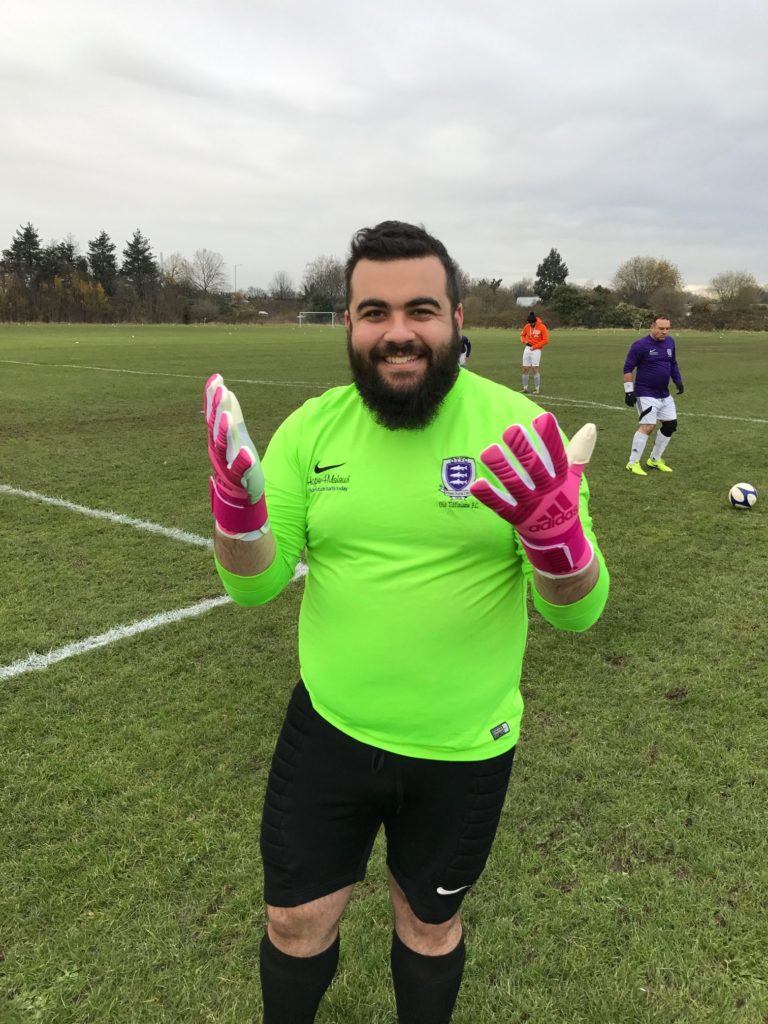 Tiote’s stunner against Arsenal, Rose’s stunner against…Arsenal, Dempsey’s BEAUTY against Juventus. Just a handful of goals that resulted in some of the greatest come backs in modern football history. Saturday 9th December was no different.

The OTFC 3s lined up on a chilly December afternoon with a full fourteen players, with the hopes of continuing the 3-5-2 formation, which had been continuously working better for the 3s over the past few weeks. However, a no-show (including a switched off mobile phone), jeopardised the starting line-up and the chances of a positive result. Strange, considering the no-show in question was spotted mere moments earlier, at Hampton Court train station. We were 13, but still a strong side.

We were facing a Reigate side, who we have always had close games with. 1-0’s, 2-1’s, the most common scorelines over the past couple of seasons. They have become one of our fiercest rivals. Both sides trying desperately to avoid the wooden spoon in the previous two seasons, and often rather feisty affairs. It was fairly promising to see the Reigate side warming up. They had a few older, and a few larger gentlemen plodding across the hallowed turf with a certain amount of difficulty. It was the back four. Perhaps the Tiffs could target them as the game wore on. We shall see.

The Purples (editor’s note: let’s be honest, Pinks) lined up in a 4-3-3 with debutants David Dean and Chris Toms (Christ, for short) making it in to the starting XI due to a player running 70 minutes late (not the 10 minutes that was reported). An unexpected start at right back was given to co-captain Baptiste Reynaud, due to the aforementioned no-show.

It was a fairly scrappy start to the half from both sides. The ball bobbling all over the place, and skidding across the toes of the majority of both sides. The 3s were edging it, with strong ball carries in the centre of the pitch from Joe Yates and Bernard Knuchel-Takano, driving at the larger/older Reigate defense, who couldn’t handle their quick feet. However, our efforts at goal were a little tame, and the Reigate keeper comfortably picked the ball up, without truly being threatened.

Disaster struck with a goal from nothing. So much from nothing, that it doesn’t warrant a description (nothing to do with the fact that I don’t really remember what happened). 0-1, and completely against the run of play. Shortly afterwards, a free-kick was floated in from the left-hand side. Despite the endless complaints earlier in the game from skipper Dan Hogg to ‘make sure not to ball watch’, he promptly decided to ball watch, and lost the Reigate’s number 9, who smashed the ball in to the net to make it 0-2. As the 3s had seen many times over the course of the season, heads really started to drop, it was happening again.

With heads largely looking at the ground, a third goal for Reigate followed soon afterwards. And my word, it was extraordinary. An own goal, but this time, not conceded by Hogg (three so far this season). The ever reliable TWC had the ball at his feet on the edge of the 3s’ six-yard box. There was no misheard call from the goalkeeper, and no opposition nearby. Bizarrely, the ball was toe-poked in to the roof of the net. A suspicious turn of events, but in hindsight, it really was quite funny.

AGAIN, shortly afterwards, Reigate’s tricky number 9 (by miles their most dangerous player) picked up the ball just outside the 3s’ box, jinked past a couple of players, and fired in an absolute beauty from out wide. The 3s now 0-4 down, and completely devastated. It wasn’t a deserved scoreline, and it was just another example of how unkind the season has been to us thus far.

At the stroke of half time, a lovely through ball was played in to Ibrahim Diakite (top scorer for the 3s so far this season), who calmly stroked the ball past the outstretched hand of the Reigate keeper. 1-4 with 45 minutes to go, and everyone knew that we needed to work harder, more for each other, and be more clinical in front of goal (three issues that have regularly effected the 3s during the season).

The Tiffs started the second half by far the stronger side. Controlling possession, and playing the ball neatly between defense and midfield, midfield and attack. Still though, we weren’t quite clinical enough, and squandered a handful of early chances.

The ball was played in to Jack Rogers, on the left side of the Reigate box. He ran past the old (and large) right back, opened his body up, and the ball nestled in the bottom of the net. First goal for the club, and well deserved. 2-4, and as we all know, stranger things have happened…

Moments later, a dazzling run (though described by the skipper as selfish) from the ever-present Joe Yates, led to yet another Tiffs goal. His reliable toe punt worked a charm, as he spanked the ball past the Reigate keeper at his near post. 3-4, and well and truly game on. All we needed now was a Tiote, a Rose, or Dempsey (obviously the best) moment, and we would be back in the game. The Tiffs were all over Reigate, heads were now raised, and we were attacking, attacking and attacking, whilst the Reigate back four (old/large) were getting increasingly tired and sloppy on the ball (something that we all love to see).

Extraordinarily, Reigate managed to pull together two fantastic chances to snatch the game away from the 3s. However, we needn’t have feared. Brought up from the 4s, to go between the sticks was none other than ‘The Man from Iran’, the one and only Nader Meradji. Like an Olympic gymnast, an urban-dwelling simian, Mark Schwarzer, he clawed at the ball to knock it away from the danger zone. He made himself big, he never flinched, he was majestic.

After a self-inflicted fake injury, Hogg took himself off of the field, meaning a bit of a shuffle was needed in the back four. Always tricky, especially when not blessed with defensive numbers. The 3s continued to push. A first point in 9 games was in sight. Long ball after long ball over the top of the old/large defense put the Ts’ strikers one on one with the keeper, not once, nor twice, but three times. The first two went down as hideous clear cut chances, and the culprits were fined accordingly. The third, however, aaah, the third, fell to in form striker Diakite, who tapped the ball past the rushing keeper for the equalising goal. Jubilant scenes on the touchline, and still, seventeen minutes to go. Could the 3s find a winner? Would they fold and succumb to another defeat? It was concentration time.

More Reigate pressure on the Tiffs defence led to a few balls running through the infamous ‘corridor of uncertainty’, though running all of the way through, leading to nothing other than some nervous gasps on the substitutes (and fan) bench.

Then came the turning point in the match. Picture Theo Walcott playing for Arsenal against Bayern Munich, October 2015. Walcott on the edge of the six-yard box, was completely unmarked, heads the ball to Neuer’s left, surely a goal. NO. That ‘Man from Iran’ had done it again. An incredible diving stop, and certainly up there with one of the finest saves that this level has seen in decades. Nervous gasps became screams of horror, hearts were pounding, but the Tiffs’ net did not ripple. What a moment.

Both sides were running down the clock of a truly crazy game. But this tale had one more twist. A throw in, deep in Tiffin territory. Reynaud with the ball in hands, behind his head (legal), ball released from his hands (certainly not legally) to the feet of midfield. Long ball over the top (after all they were old/large and now tired) and picked up by Bernard Knuchel-Takano. Was that touch too heavy? No it wasn’t, he’s rounded the keeper. Was THAT touch too heavy? He’s pushed it too far wide, surely! NO IT WASN’T. He’s only gone and squeezed the ball in from the tightest of angles. 5-4. 5 bloody 4. We were 1-4 down at half time, and we’ve taken the lead. Unbelievable scenes. Dancing down the touchline, ‘Christ’ praised himself and hysterical yelps from the men in Purple (editor’s note: pink).

The final whistle went. WHAT a comeback. Never seen anything like it, a monumental result. Reigate were devastated, and felt that they had been cheated. To Tiffs, it seemed like the referee did a fantastic job.

Honorable mentions go to Ibrahim for his brace, Joe Yates for his ‘selfish goal’ and two assists, Jack Rogers for his maiden OTFC goal and Bernard Knuchel-Takano for the winning goal. MOTM, however, deservedly went to Nader Meradji, for his extraordinary performance between the sticks. He really kept the T’s in the game with some fabulous saves and a fantastic attitude throughout the match.