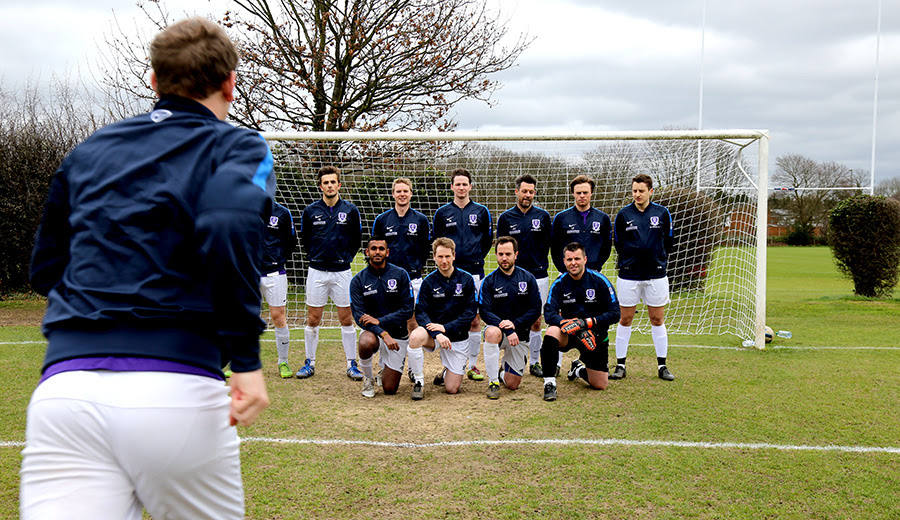 Without wanting to give too much away… This weeks match report is brought to you via the wonder of Google translate:

Old Tiffanians gg John Fisher boys on Saturday, March 18.
Last Saturday was the first game of two on consecutive weekends against the fisher boys. Before the game, the mood was positive, because you could have put a few points between them and the counterparty with a victory. But the Tiffs remained faithful to their tradition and close the first 15 minutes. Not even a late warm up is not entirely uninvolved – keyword “Photo Shoot”. In addition, there were a lot of unnecessary turnovers, especially in the building game. Through a penalty and two goals from open play it was absolutely earned 0: 3 back to break. The second half started much better then and we tried to fight back into the game. However, one relatively quickly began the fourth goal, by a stark arrangement error in the back line. The Drops was actually sucked. But you could by a good final quarter of an hour into the game and once again fight to 1: shorten. 4 4 Result: After that, more and more spaces, but unused remained and so remains 1 offered. Bottom line, this result was not destrotz fine.

Player was Ben, who again made a lot of alarm on his left side and could stake make his mark by its clean and safe usual passing game, and by his dreaded dribbling.