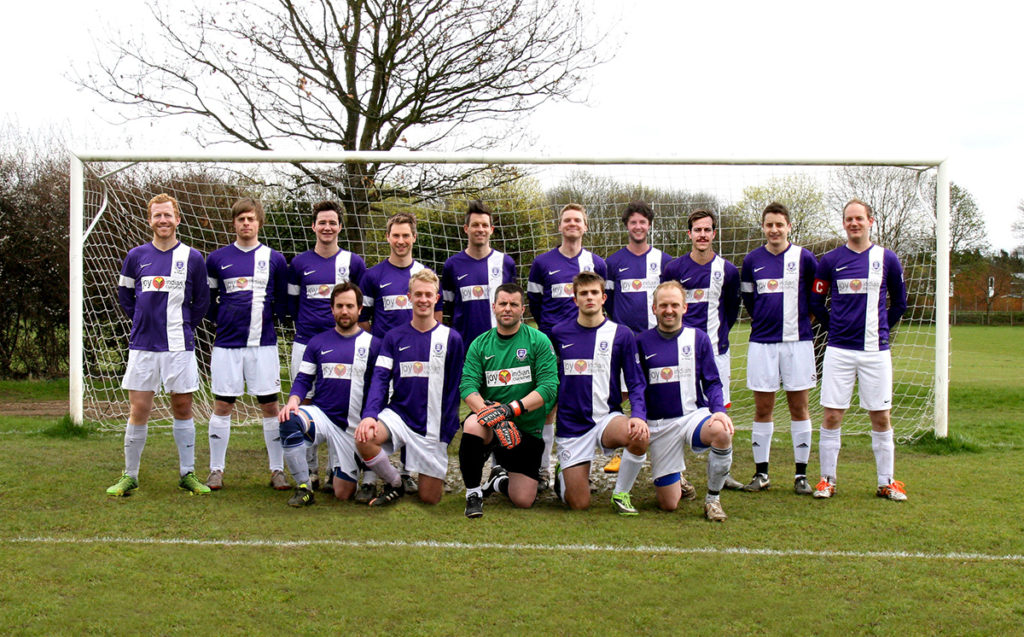 And so it all comes down to this. The blood, the sweat, the (hamstring) tears. OTFC headed into their final game of the season with, well, nothing on the line besides the hotly contested “most fined of the season” award. The performance of the previous weekend suggested a good proportion of the team had well and truly settled into their summer havaianas, so much so that chopper Peake was forced to spend a good 10 minutes warming up with terrifying vigour and deflating lilos and armbands in a desperate attempt to ensure the team end the season well.

After a bustling warm up and an awe inspiring battle cry from the Old Tiffs right back, the IIs started well. Incisive runs from auxiliary striker Sammarco set the tone and Tiffs camped themselves in the Clapham half, clear cut chance fines a-plenty. Minutes after yet another Roberto Carlos-esque maraud from Lamble-at-left-back ™, the unthinkable happened. A desperate hoof from a Clapham defender caught the Tiffs back line sunbathing, and the score was 1-0.

Minutes later, with OTFC still scratching their heads, they failed to use them. Corner, no marking, 2-0. There was bemusement at the injustice, but after some encouraging words from Skipper Bostel-Conte, and some polite reminders to “earn that pint”, The swirling forward movement of Robini and pals up top led to countless opportunities for threads, dinks and slide-rules from midfield. Clapham shrank back to try and absorb the considerable pressure, but soon their defences fell.

2-1, Robini. 2-2, Sammarco, and then the best of the lot – a swaggering jive forward from returning centre back Le Tom, cigarette in hand, a tidy one-two with Forsyth, and a cool finish in the Grists sunshine. A thoroughly deserved 3-2 lead heading into the last 20 minutes.

Choose your own adventure:

1.
What a way to end the season. Tiffs dug in, kept playing their football, showed great game intelligence and saw out an impressive win. “If we play like this next season lads, we’ll go up”. Job done. 3-2. And Mitch kept his shirt on.

Oh well, there’s always next year. Up for this, lads.